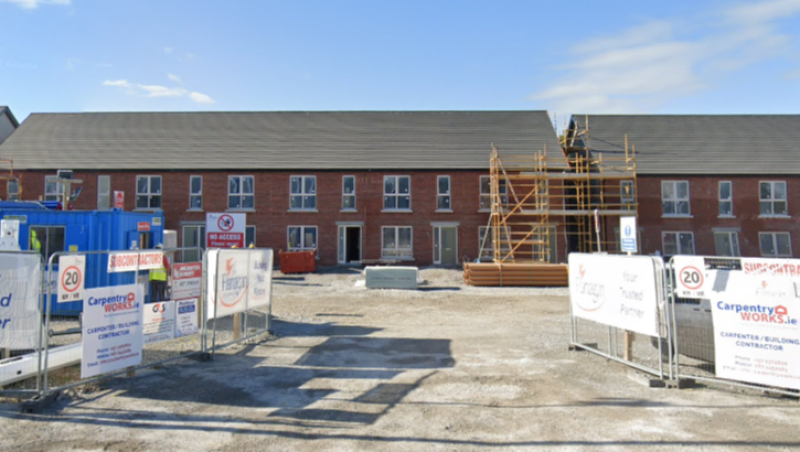 THE allocation of 26 houses at Jackson's Hill in Tullamore is under consideration the monthly meeting of Tullamore Municipal District heard. The houses by approved housing body Cluid were completed this month by John Flanagan Development's, senior executive with Offaly County Council Deirdre Hunt told members.

Ms Hunt also said that Oaklee Housing Body are in the process of building 19 houses at Clonminch, with a finish date earmarked for the end of this year. Oaklee are also in the middle of constructing 41 houses in Kearney's Field in Tullamore, these are expected to be finished in 2022/2023.

A tender report is to be prepared in relation to Clonamore House on the Arden Road. The former hotel is to be converted into supported accommodation for the homeless with 17 units to be provided. Approved Housing Body Sophia is responsible for this project. The facility will be managed by Midland's Simon with a qualified social worker team providing support 24/7.

In Mucklagh a number of houses are expected to be completed by the end of 2022.

In addition, nine vacant units have been repaired and completed in the Tullamore Municipal District while 4 are at tender stage.

Councillor Neil Feighery said it was ''great to see the lovely estate in Jackson’s Hill. It's somewhere I pass regularly. It will be great to see, it will provide 26 families with housing by Cluid.''

Cllr Feighery also welcomed the completion of a ''fine estate by a local developer,'' in Mucklagh.

Cathaoirleach Tony McCormack described Jackson's Hill as ''another good development. It's great to see Flanagan's back doing what they are good at,'' he said.

''It's great to see Jackson’s Hill and Mucklagh nearly ready. I'm hoping every one of those will be filled with people off the housing list, said Cllr Declan Harvey.