Former Offaly convent could be used for refugees 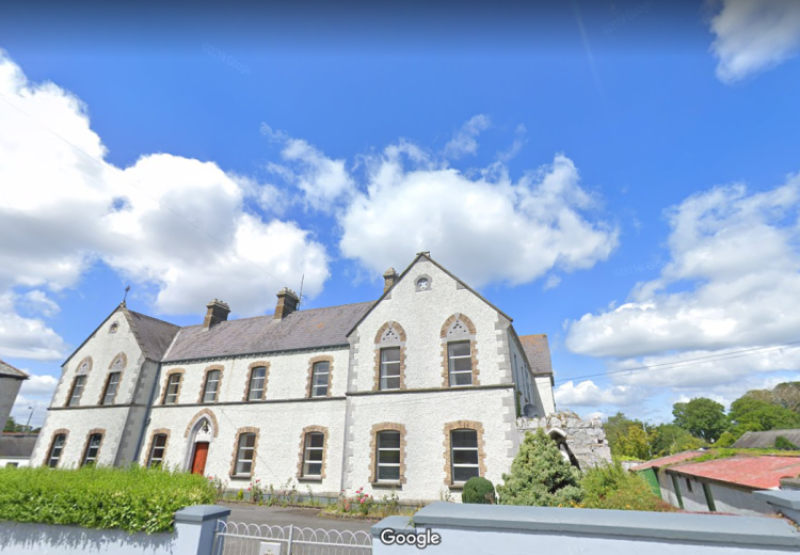 THE former Convent of Mercy in Kilcormac may be used to house refugees in the coming months and years. The news comes in the wake of a refusal by An Bord Pleanala to allow for the establishment of a rehabilitation centre in the building.

Councillor John Leahy said he has been approached by a number of agencies seeking to use the facility for refugees.

Both he and owner Pat Donaghy of Serenity Home have expressed their disappointment at a decision by An Bord Pleanala not to allow the building to be converted into a rehabilitation centre. Cllr Leahy described the Board’s reasons for refusal as ''lame''. He said owner Pat Donaghy has invested close to half a million euro in the facility and it would have created quality jobs in the town along with spin off employment.

Offaly County Council granted permission for the development at what is a protected structure on August 11, 2021.It was later appealed to An Bord Pleanala by a group called ‘Concerned Residents of Kilcormac.’

Reaching its decision, the Board said ''it is not satisfied that the proposed works associated with the change of use by virtue of their extent, nature or level of intervention, would not result in the loss of original fixture and features.'' It continued that ''this could result in having a serious and detrimental impact on the interior of this protected structure, contrary to best conservation philosophy and practice.''

Cllr Leahy said the Concerned Residents of Kilcormac, are a very small group and not representative of the vast majority of the people in Kilcormac. He said claims they made that people would be hanging around the town if a rehabilitation centre was located there ''were so far from the truth that it beggars belief. But I always said be careful what you wish for.'' He went on to say government policy will override any objections to refugees moving into the building. ''The government takes control,'' he said.

Pat Donaghy said he has no choice but to allow the building to be used for refugees considering the money he has poured into project. He expressed his dismay at the Board Pleanala decision saying a rehabilitation centre ''is badly needed.'' He said that at the moment people have to go to places like Kerry or Mayo for treatment.

Mr Donaghy said some work will be undertaken on the interior before it can accept people.

The detached two-storey building currently contains 10 bedrooms and six bathrooms. It was extended to the rear and has a walled garden to the back of the property.