Offaly's Alex Dunne threw down an early gauntlet to the ROKiT F4 British Championship certified by FIA field after taking two wins in the opening round of the Championship.

The Irishman was announced as a Hitech GP driver on Wednesday, April 20 for the opening round only and he was in stellar form over the weekend. After winning Saturday’s first round, Dunne snatched a superb second in round two, a reverse grid race where he started ninth, before backing it up with his second win in as many days with a six-second victory over Aiden Neate.

The result means he extends his early lead in the overall championship standings to 37 points over nearest rival Oliver Gray (Carlin), who was third on the road behind Dunne and Neate.

In round two, the reverse grid race, Georgi Dimitrov scored a fourth career win in Britain's FIA Formula 4 series after coming out on top in a feisty late-race battle, first with JHR Developments team-mate Joseph Loake, then with Dunne, but on both occasions he held firm.

Starting from pole position, Dimitrov made a good getaway in the second race of the weekend on Sunday morning, his early gap over team-mate Loake stretching to a peak of 1.7 seconds during the opening exchanges.

Dunne charged up from ninth on the grid to second and finished just 0.2 seconds adrift of Dimitrov.

Alex Dunne then went from the second step to the top step of podium in race three. From the start, having successfully fended off Neate's attempt to pass on the outside at Redgate, the Offaly racer was left with clean air ahead, and a series of blistering laps moved him clear of any threat to the race lead. 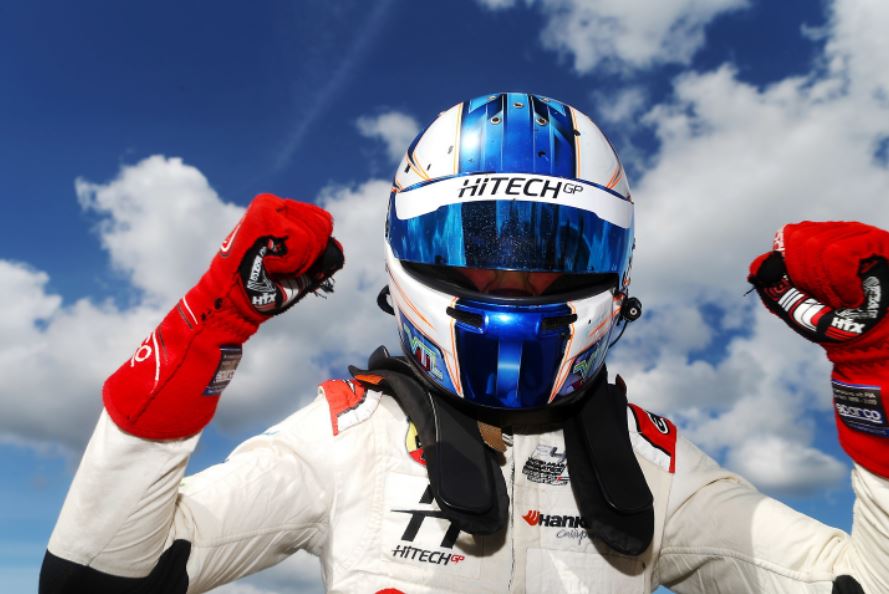 Lap after lap, the gap widened, eventually resting at six seconds by the time the chequered flag waved. Neate was able to similarly keep Gray at arm's length to take second, and in doing so scored a career-best result, with the Williams Racing Academy Driver third.

“To be honest, I think I'm lost for words, but I think that the team are doing a perfect job," said an ecstatic Dunne. "I'm doing a pretty good job as well, and it's kind of it all just fell into place, really.

“I think I made a little mistake off the start and Aiden managed to get alongside me, so I had to defend into turn one. But after that, then I knew that I had the car underneath me. I knew I just needed to get my head down and put in something with this and ups and focus on driving away.”

After a three-week hiatus, Britain’s FIA Formula 4 series heads next to Brands Hatch’s Indy circuit over the weekend of May 14-15.