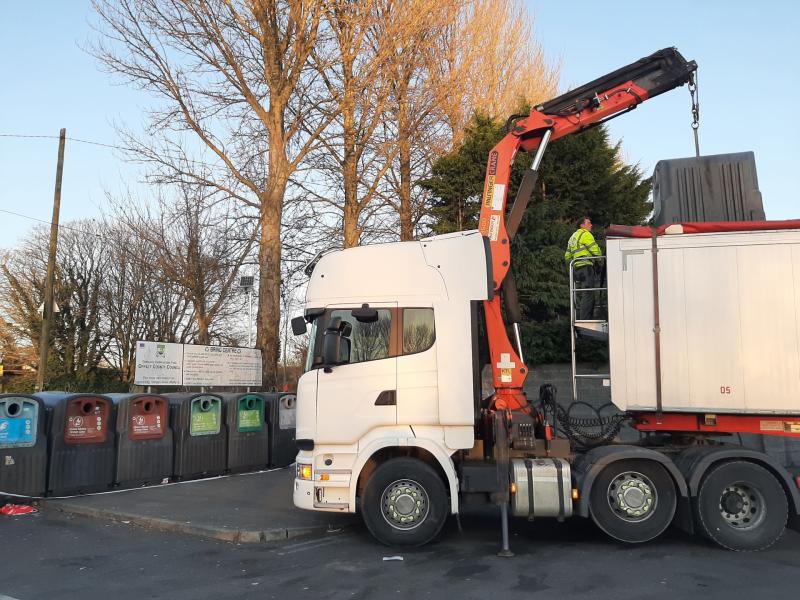 GARDAI investigating the murder of Offaly teacher Ashling Murphy have removed a bottle bank from a recycling centre in Tullamore.

Eight bottle banks at the Daingean Road car park on the bank of the Grand Canal were sealed off last night and in the last half hour one of the them was removed.

It is understood gardai suspect there may be something of evidential value in the container which has been lifted.

The other seven containers were not removed (pictured below are the containers before the crane lifted one of them). 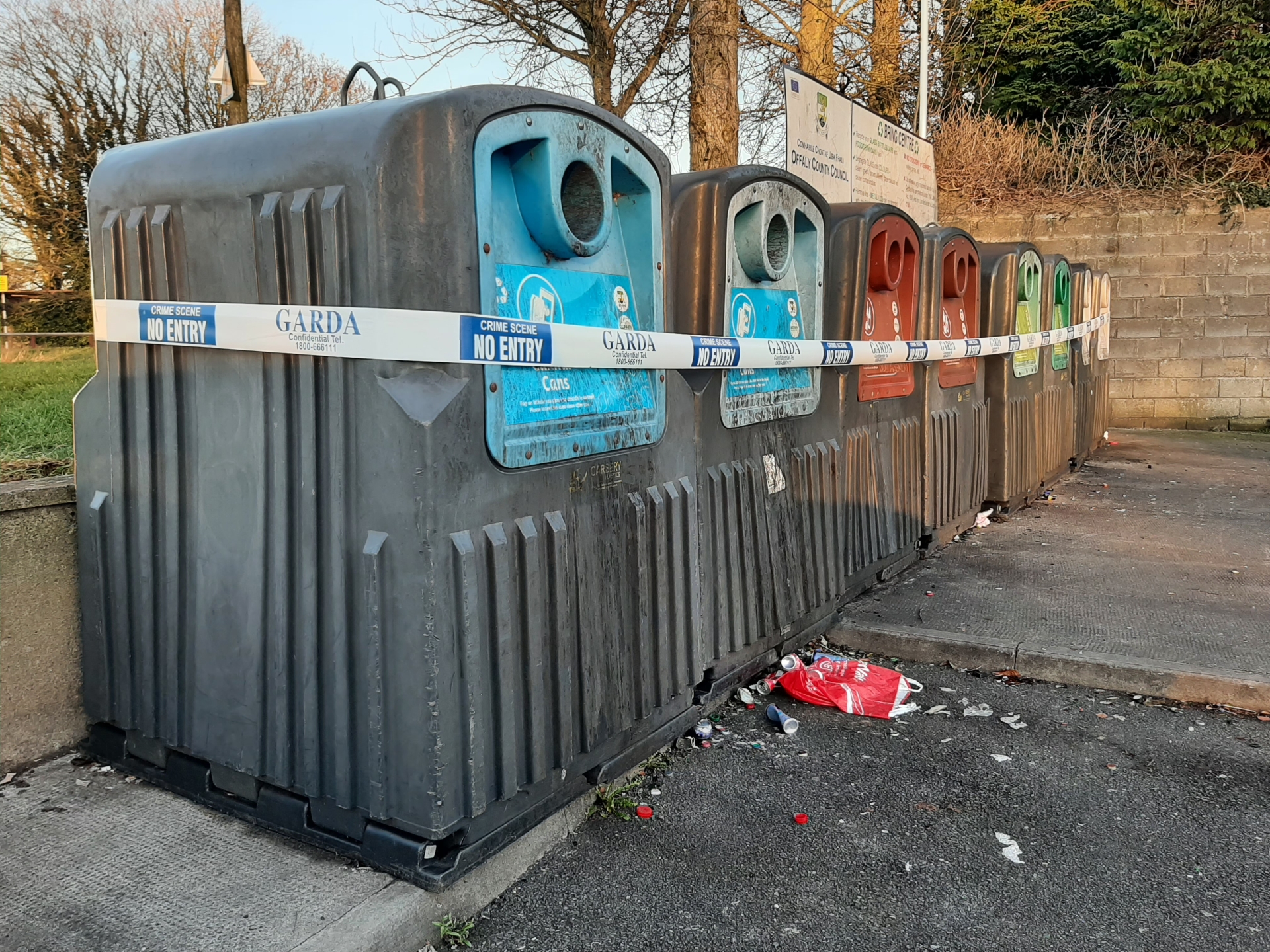 There is a CCTV camera at the bring centre which is located on the opposite side of the canal, and about a kilometre away, from the crime scene.

Also, it has been learned that a number of vehicles have been seized as part of the investigation.