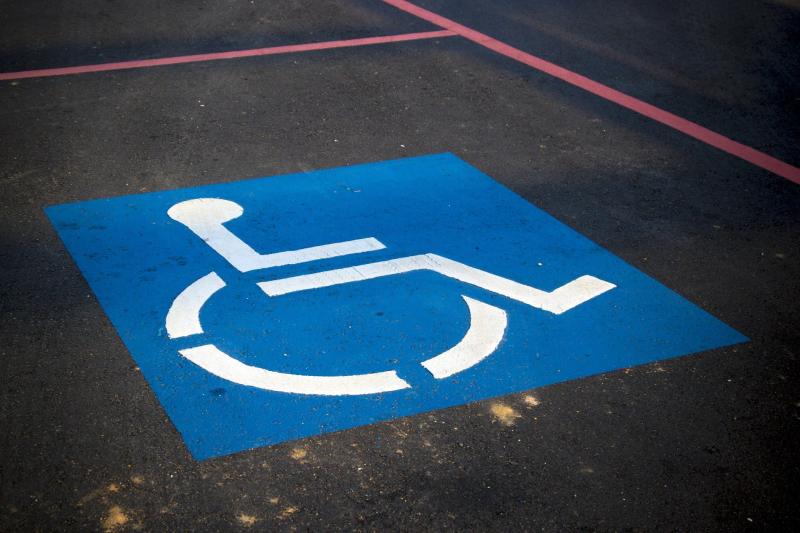 A TULLAMORE driver who said she thought she was allowed to park in a disabled parking bay using her husband's permit was fined €50.

Mary McInerney, Kilbrook, Tullamore, told the local District Court that she would have been “10 minutes tops” in the disabled parking space outside Tullamore Credit Union.

Judge Colm Roberts told Ms McInerney: “It doesn't matter how long you are, you could be two seconds. You're not entitled to be there.”

The woman pleaded not guilty to a summons alleging the offence at Patrick Street, Tullamore on January 23, 2021.

Garda Pat McGee told the court that on that date he saw a Toyota Hiace van parked in a “wheelchair spot” outside Tullamore Credit Union.

Judge tells Tullamore woman to take hands out of pockets

The driver came out of the Credit Union and gave her name and address and said she had a wheelchair permit issued to her husband.

Garda McGee said the man was not there but was in a shop on the Church Road, “some distance away” and she was not entitled to be using a wheelchair spot.

The garda added that Ms McInerney would have been “covered” if the husband had been the driver and his wife had been the passenger but according to what she had said, she had dropped him off earlier.

Judge Roberts said his impression was that she parked in the spot because she felt her husband's permit was her “golden ticket”.

Called to give evidence by her solicitor, Donal Farrelly, Ms McInerney said her husband had a disability and she was “always driving” because he would only drive short distances and was attending Beaumont. Both were fully insured.

The defendant explained that she was at the Credit Union because that was where “my money comes into” and she had dropped him off at the post office to pick up his money.

It was her intention to pick him up on the way back and the she thought she would park in the space because the pass was on the van. “I wasn't even 10 minutes,” she said.

She told Judge Roberts that she now understood how the pass should be used.

Judge Roberts said the breach was a “technical” one, imposed a fine of €50, and gave the woman three months to pay it.