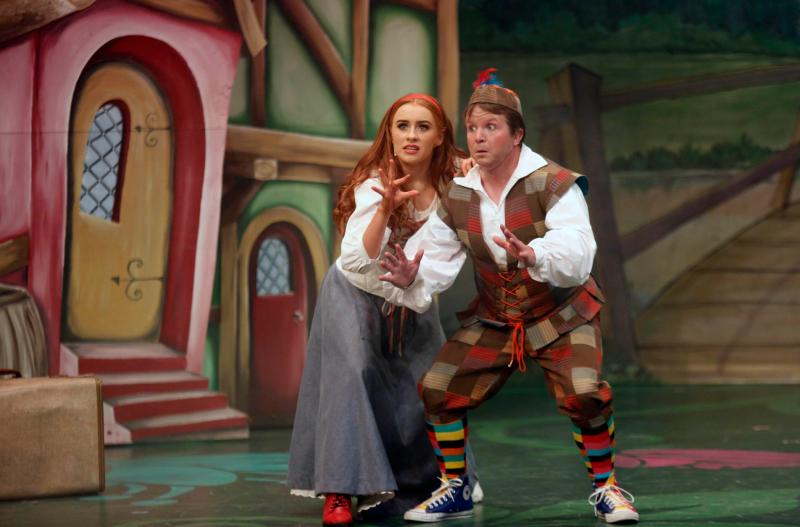 THE arts and entertainment industry has been one of the hardest hit by the pandemic with many experiencing little opportunities to work or with their hours drastically cut.

Popular actor Colin Hughes, from Tullamore has been involved in the Helix Panto for the past 13 years and this is the second year the show has been hit with restrictions. Last year the panto was completely cancelled and the cast did an online version which was sold.

''It was lovely to have done something and to keep the panto alive. We were in so many households throughout the country. It was great.'' said Colin.
This year spirits were high as 'Red Riding Hood' opened on November 25 to packed houses. Colin plays Buddy, a part created especially for him. Buddy appears in all of the pantos. The show was going down a treat, that is until Taoiseach Micheal Martin made his announcement on Friday December 17.

Men in 'hillbilly activity' in Offaly make payments in court

The restrictions state that indoor events such as theatre productions and concerts should not take place after 8pm. Those scheduled earlier in the day should have an attendance of 50%.

''We had done a week or two weeks at 100% capacity. Most of the run was completely sold out before we opened. We were in the dressing room on the Friday of the announcements just before the 7pm show and we were completely heartbroken,'' said Colin.

It was then up to those working in the box office to look after all the cancellations and refunds. ''You have no idea, the absolute hell they had to go through. It's just been knock after knock after knock,'' adds Colin.

''I personally feel that the restrictions just hit at the arts. I feel very hurt about that. A theatre is a controlled environment where people are sitting down, they are masked, it's not like other environments. It was very unfair we were just picked out. There is no evidence at all that theatres are a problem. The people who are doing it right are being punished and the people who are doing it wrong will continue to do it wrong,'' he said.

The cast and crew are now living in a state of fear that one of them will catch covid.

''It's been very trying, very tough on us all. We have to keep covid out, if one of the cast members gets it we are gone. Our contacts are down to zero, we are Antigen testing twice a day. That's life at the moment As much as it's great to be on stage I am shattered, we are constantly worried, you have a knot in your stomach the whole time, it's not a nice time,''

Colin has no idea how long the panto will run this year. ''We would normally go into the third or fourth week in January. This time January 9 is the date but the chances of making it the 9th are very slim,'' he believes.

Colin also runs a Speech and Drama stage school. ''I brought a lot of my classes online, but I opened in September. Class numbers were down as all the kids have to be socially distanced. Kids have been hugely affected by this and I think drama is one of the things that is very beneficial for some children. They have missed out on an awful lot,''

Colin is unable to avail of government supports as once he reopened his classes any payments he was receiving ceased. He also directs shows and hosts a number of events during the year, these are non-existent at the moment.

''It's a tough one, I am not doing any directing or any events. I am way down on an annual salary, I can't get any support because I am earning money. The amount of work that I am not doing is criminal''.

His mental health has also suffered. ''On a personal level it's been awful. I would consider myself a very strong, outgoing person, I have been through a pretty tough time over the last 18 months. I have been to places I never thought I would be. I am working at the moment and things are good but it has been very tough, The arts industry has been forgotten about. People argue that the government is supporting it with money, but we are actors, we are artists, we need to get out there and do our stuff.

''I think the decisions the government are making are very reactionary. People like Tony Holohan and Micheal Martin are not looking at controlled versus uncontrolled environments,'' concludes Colin.

So much for the saying 'The Show Must Go On'.