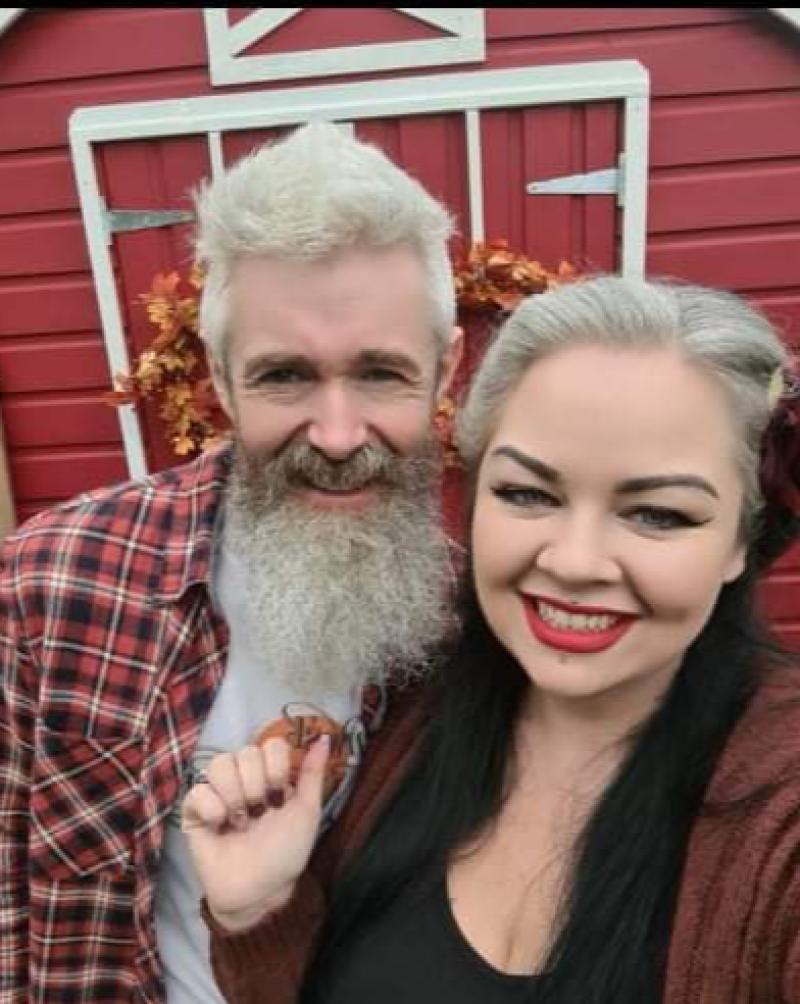 Husband and wife Eddie Berry and Lynne Gorman will appear on an episode of 'The Restaurant' tonight December 14 at 9.30 pm

Well known Tullamore couple Lynne Gorman and Eddie Berry or the GormanBerrys as they call themselves, are set to appear on the Virgin Media TV programme ‘The Restaurant’ next Tuesday night.

The devoted pair will give their take on the food which will be cooked by singer Mary Black. Lynne gave us the background to their TV appearance.

‘’In 2020 myself and Eddie were to be on Gogglebox but Offaly went into the red zone and so we were dropped. We had shot a test episode. The casting agent was gutted and he said he would definitely put us into something and so he called me in early October and asked if we would be part of The Restaurant Christmas special. Of course we jumped at the chance and so off we went to Marco Peirre White’s restaurant in Donnybrook to do the show.  It was fantastic, we got to meet Rachel Allen, Marco Pierre White and chef JP McMahon, Mary Black was the celebrity chef.’’

Lynne described the food as ‘’interesting'’. You will have to tune in to hear the rest of her comments.

Herself and Ed brought Ed's best friend Stuart Clifford along for the ride and they had  a great laugh, she said.

‘’Eddie is very quiet but incredibly witty and he is on the promo for this episode, unsurprisingly with his wit,’’ said Lynne. ‘’It was a fabulous experience and we were treated like royalty  Christmas 2021 will definitely be one to remember.’’

Lynne is no stranger to cooking herself and had her own cupcake business called ‘Sugar Skull.’ In addition she had her own boutique in Tullamore called ‘Curvy Girl.’

MEMORY LANE: Do you feature in this gallery of pictures from the Offaly archives?

Ed is actively into wildlife management and conservation as well as organic food growing.

Tune in next Tuesday on Virgin Media One at 9.30pm.