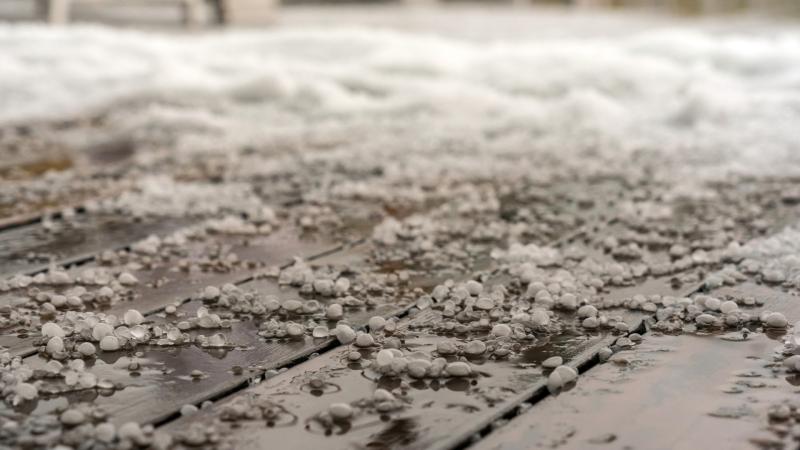 The weather in Ireland is set to turn noticeably more wintry in the coming days according to the latest weather forecast from Met Eireann.

According to Met Eireann, the weather will be unsettled in the coming days with rain or showers. It will also be cold at times also with some wintry precipitation possible.

According to the latest Met Eireann weather forecast for Ireland, it will be windy on Wednesday and it will also feel much colder, with sunny spells. There will be scattered blustery showers, some heavy with a risk of hail. Afternoon temperatures will reach just 5 to 8 degrees, and it will feel colder in the fresh to strong and gusty northwesterly winds.

It will be cold on Wednesday night with good clear spells early in the night with showers of rain, hail or sleet mostly confined to northern and western coasts and easing as the night progresses. Frost will develop in many areas, especially over the eastern half of the country but becoming cloudier from the west later in the night. Lowest temperatures of -1 to +4 degrees as north to northwest breezes easing light to moderate away from coasts.

The weather forecast for Ireland for Thursday from Met Eireann is for sunny spells to clear any frost early on Thursday but cloud will increase later in the morning with patchy rain developing during the afternoon, becoming persistent by evening. Highs of 5 to 10 degrees in light west to southwest winds.

After a dry start on Friday, Met Eireann says that current indications are that it will become wet and possibly blustery with rain spreading eastwards, heaviest in the south of the country. It will get milder too with highs of 8 to 11 degrees in fresh and gusty northwest winds. It will remain blustery on Friday night with scattered heavy showers, bringing the chance of hail. Lowest overnight temperatures of 2 to 5 degrees.

According to Met Eireann, it will turn colder once more on Saturday with sunshine and showers, some will be heavy with the chance of hail. Highest temperatures of 5 to 8 degrees in moderate to fresh northwest winds, while a cold night will bring frost in places.

Sunday will be mainly cold and mainly dry with sunny spells, while highest temperatures will be a cool 4 to 8 degrees in light westerly or variable breezes.

Weather for the week ahead?

We’ll have some dry spells, but mostly unsettled with showers on Wed & rain on Thu eve