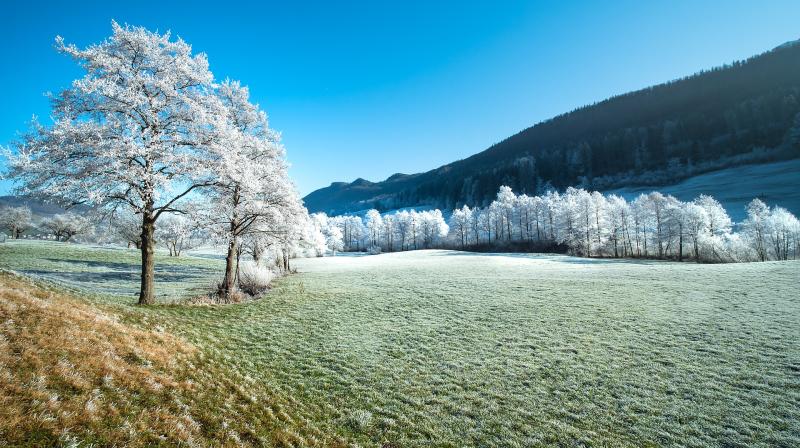 The weather forecast for Ireland for the coming week from Met Eireann is for the weather to be mainly cold, with some frosty nights expected. However there will be a good deal of dry weather over the course of the week.

According to Met Eireann, Monday will be another dry and mostly sunny day for many, with any frost soon clearing during the morning. It will be cloudier in parts of the north and northwest however, with a few spots of drizzle. Highest temperatures of 5 to 9 degrees in light northerly or variable breezes.

Generally cloudy on Monday night over the northern half of the country and in the southeast with a few spots of light rain and drizzle. Lowest temperatures of 2 to 5 degrees in these areas, but there will be clearer skies in the southwest, allowing temperatures to fall to -2 or -3 degrees. Mist and fog patches will form in light breezes.

The weather forecast for Ireland for Tuesday is for a largely dry day with mist and fog clearing through the morning. There will be sunny spells in central and southwestern areas but it will be generally cloudy elsewhere with the odd patch of drizzle possible. Highest temperatures of 5 to 9 degrees in light westerly or variable breezes.

Mostly dry at first on Tuesday night with variable cloud and just isolated patches of drizzle. Later in the night, a band of rain will move into the northwest. Lowest temperatures ranging from -2 to +3 degrees generally, coldest in the southwest under clearest skies. However, it will be less cold in the northwest. Mist and fog patches will form, becoming dense in some southern areas in mostly light southwesterly or variable winds. Winds will freshen in the north and northwest towards morning.

Largely dry to start on Wednesday with mist and fog clearing through the morning. There will be a mix of cloud and sunny spells, but rain in the northwest will slowly track southeastwards over the country, becoming patchier as it does so. A clearance to brighter and showery conditions will follow as southwest winds veer northwest. Highest temperatures of 6 to 8 degrees generally, but milder along Atlantic coasts.

Wednesday night will be cold and mostly clear night with scattered showers. Showers will be most frequent near northern and western coasts. Lowest temperatures of 0 to 3 degrees in mostly moderate northwest winds.

According to Met Eireann, there will be a bright and crisp start on Thursday with sunny spells and scattered showers, mainly in the north and northwest. During the day, cloud will slowly build from the northwest. Highest temperatures of 5 to 8 degrees in moderate, occasionally fresh, northwest winds.

Cloudy with outbreaks of rain moving into the north and west on Thursday night. Lowest temperatures of -1 to +4 degrees, coldest in the southeast.

According to Met Eireann, current indications suggest that it will be breezy, with rain on Friday clearing to showers for the rest of the weekend, possibly turning wintry in parts of the north and northwest. Maximum temperatures staying around 6 to 9 degrees.