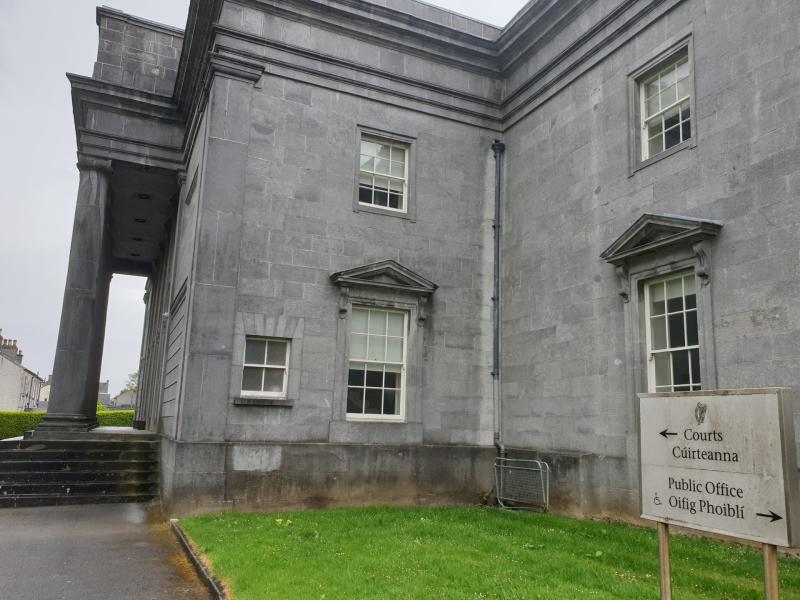 A WOMAN who is exceeding her monthly mortgage payments is still being pursued by a bank in the courts, the Offaly County Registrar has heard.

James Seymour, sitting in Tullamore, was told that Ulster Bank had instituted proceedings against the woman in 2013.

The registrar was told she is paying €700 a month to Ulster Bank even though the normal payment was €627. She had been able to make the increase after speaking to the Money Advice & Budgeting Service (MABS).

A barrister for the bank said he believed the matter was being re-entered by the bank because even that level of repayment would not clear the arrears of €27,000.

He said personal insolvency would be the correct route but the borrower, who represented herself in court, stated she had explored that four years earlier.

Mr Seymour adjourned the matter to March 10 next year for the borrower to engage a personal insolvency practitioner again, saying that process could force a solution, whether it be a writedown or a restructuring.

In another case a couple told the registrar that they had their property valued and the asset's value would exceed the amount owed.

Other proceedings involving Mars Capital, which manages mortgages for a so-called vulture fund, were adjourned when the registrar was told a personal insolvency practitioner (PIP) had been engaged.

The registrar urged many of those in mortgage distress to explore the possibility of personal insolvency.

In relation to one case where an order for possession was being sought by Pepper Finance, a firm which services loans on behalf of so-called vulture funds, Mr Seymour was told the arrears were now €325,000.

Pepper Finance was represented remotely in court by a solicitor from the firm Sellors but the borrower appeared in person and represented himself.

Eanna Bane, for Pepper, said the matter had been adjourned previously for the borrower to send on an income and expenditure report but he had been advised that no report has been received and no repayments had been made.

Mr Seymour told Mr Bane that it would not be appropriate to hear an application for possession remotely and he would adjourn the matter for a physical hearing.

The borrower told the court he had been in correspondence with Pepper about the forms for the income and expenditure report but he had not yet received them.

The solicitor for Pepper said the last repayment was €600 and it had been made in February 2016. Proceedings had first been issued in 2014.

Mr Seymour told the borrower that while he had every sympathy for anyone facing mortgage arrears, it was hard to have sympathy when they was no evidence of repayments for five years at a time when there were plenty of other people struggling and making repayments.

The defendant said he had the house up for sale and had a client who was prepared to buy it and he was going to negotiate a writedown of the debt.

The deal for the sale was “near enough done” but then fell through because of all the “hullabaloo” on the part of Pepper's solicitors.

Mr Seymour said the case had been going on for seven years and he could not let it “drag on” because the debt was only getting bigger.

He said he would adjourn the case once more, to December 16 next, but directed the borrower to speak to a personal insolvency practitioner immediately.

The registrar added that he believed the only way Pepper would accept a sale of the house was if the proceeds went to them.

When the borrower told him that he had been “fighting” with Pepper for a long time, the registrar said the country was full of people fighting with other people, including himself.

However the money had been borrowed and while he had every sympathy for anyone who got into difficulties, in this case the defendant needed to go and make an insolvency arrangement.

Mr Seymour said the insolvency provisions were for people like him who had a significant debt and “need to get out from under it”.

In another case where an application was made to substitute Pepper Finance for the original lender, Ulster Bank, the registrar adjourned his decision because the borrowers were not present.

The registrar heard the property was a family home and proceedings had first been issued in 2019 by Ulster Bank.

Pepper Finance took over the servicing of some non-performing Ulster Bank loans later in 2019 when the bank sold them to the US fund CarVal Investors.

A solicitor and an advisor from MABS were present at the sitting of the County Registrar where more than 100 cases involving mortgage arrears were listed.

The registrar advised a number of borrowers to speak to MABS on the day and the solicitor, Mark Stafford, appeared for many others.

The registrar heard that some borrowers had already been engaging with MABS and had been dealing with personal insolvency practitioners (PIP) or were attempting to enter into mortgage-to-rent arrangements.

Along with Ulster Bank and Pepper Finance, numerous other banks and funds were taking actions against borrowers, including EBS, Start, Promontoria, Bank of Ireland, KBC, Haven Mortgages, AIB, Shoreline Residential and Mars Capital.