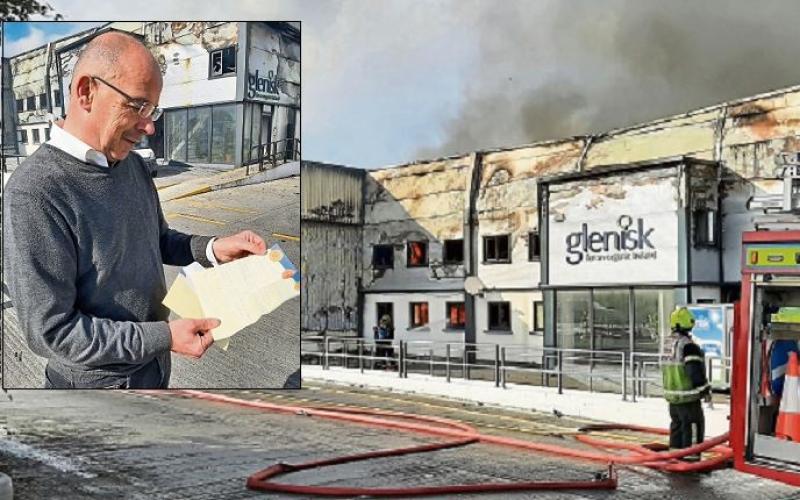 GLENISK managing director Vincent Cleary has spoken of how he suffered cardiac arrest just six weeks before the fire at the organic dairy.

The 58-year-old Killeigh man was on a holiday in Co Clare with his wife Kerstin when tragedy almost struck.

“We arrived on Friday evening, had an early night and got up the next morning full of plans and I started feeling first of all light headed and then pain in the left arm,” he told the Tullamore Tribune.

He said his wife called an ambulance, even though he felt himself that he would find a GP instead.

“I got progressively worse and the ambulance came and I seized and I got my first heart attack when they were flying past Bunratty Castle and they said they stopped outside Bunratty Castle to shock me.”

He continued: “I woke up and the paramedic, a former army ranger, a big hefty bloke, was sitting up on my chest. He said he had been pumping my chest for two and a half minutes and he said he thought he had lost me.

“They got me into hospital (in Limerick) and I had another heart attack and they had to shock me five more times. I got a stent in and I was out in five days.”

The businessman said his treatment was so good he will “never say a bad word against the Irish health service again.”

“'My cardiologist', as I keep referring to him, he said as long as you take your medicine you should be ok.”

He was fully back at work when fire ripped through the Glenisk organic milk and yogurt production plant on Monday, September 28 but already the company has taken its first steps back into the marketplace.

The milk cartons of milk are once again rolling along the line at a hastily assembled unit in one section of what remains of the factory.

With “Plan A”, safeguarding the workers and beginning to process milk again now in place; the focus is swiftly switching to “Plan B”.

“All innovation is fuelled by necessity,” Mr Cleary said this week. “The necessity was for us was to protect our staff so we needed to get back busy.”

All of the 90-strong workforce have been retained and even if it's “grabbing a brush” they have a role in getting the plant back up and running. The fire burned the electricity supply so a generator was being used this week while a new trench was being dug to bring power from a substation.

“Plan B is about getting back into yogurt production. That's the Christmas plan and doing that, that's the best thing Santy can bring us.”

He said it is important to keep his existing team in place: “It's an assembled workforce. A lot have been up to 20 years with us and they may have arrived to us unskilled but we have skilled them.”

He added: “We have invested in our staff over the last 20 years and they are all specialists in their own right bar a few. I don't want to send them to the four winds and then go looking for them in six months.”

Before the blaze Glenisk were producing about half a million pots of yogurt each week across all package sizes. Milk is only a small portion of Glenisk's overall output so being able to resume supply of yogurts to the shops is key.

“The milk represents about 10-15% of our business so we'll have another 25%, aiming for 30% of our business by Christmas. That'll be hopefully on day one when we start packing yogurt,” he explained.

“Within a couple of weeks [in 2022] we hope to be scaling that up. Every few weeks thereafter we hope to be adding a few more ranges to the line.”

Glenisk had 105 different yogurts on the market between various flavours and sizes before the fire. “We will go back to about 10, I envisage, and then slowly start building it up. It will definitely take until the building has been fully reconstructed and re-kitted out before we get back to that full compliment of products.”

In the future Glenisk intend to return with an even bigger range in line with their plans for expansion into Europe. “We launched recently in Germany and we were supposed to be on promotion this month there and needless to say we had to go back with our tail between our legs to the German retailers and say 'Lads, sorry our factory is after burning down',” said Mr Cleary.

He was expecting difficulties from his new continental customers after all their “time and effort with this little Irish company”.

“But instead they said 'Take your time, regroup, do what you have to do and come back to us when you're ready and we'll talk to you about bigger and better'. Empathy, sympathy, it's just blowing me away.” 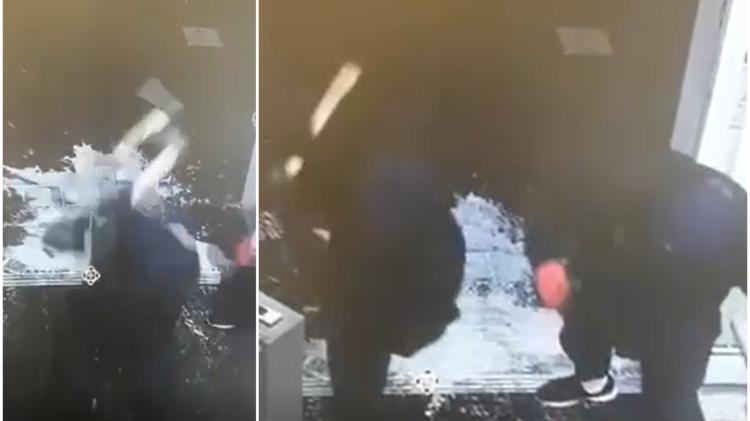