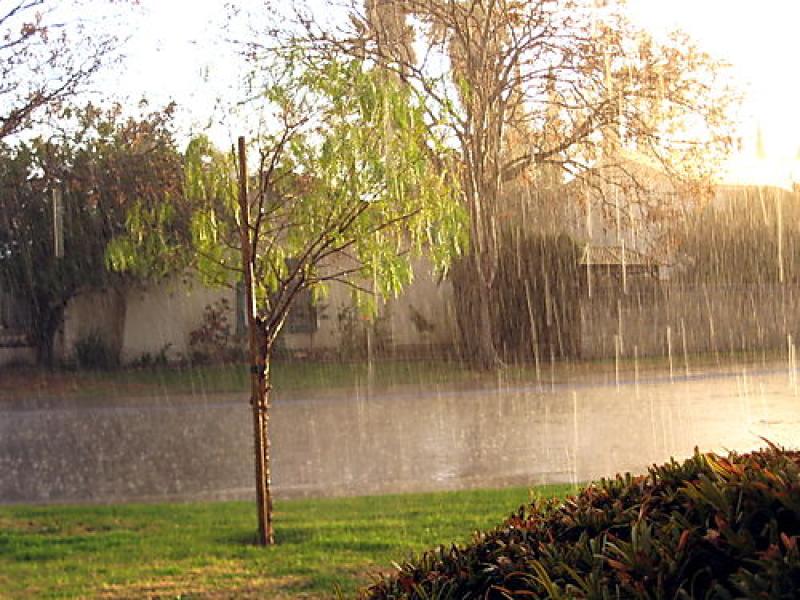 The weather forecast for Ireland for the coming week from Met Eireann is for the the weather to be generally unsettled with the weather dominated by low pressure for much of the week.

However there is better weather on the way as from midweek, temperatures will increase to above average for the time of year.

The weather forecast for Ireland for Monday from Met Eireann is for sunny spells and scattered showers early in the day. The showers will be most frequent in Atlantic coastal counties. Cloud and outbreaks of rain will extend from the southwest through the morning, spreading to east Munster and Leinster by evening, and some heavy bursts may lead to localised flooding there. Highest temperatures of 11 to 14 degrees, in light to moderate southerly breezes, strengthening along southern coasts during the afternoon.

Rain over the southern half of the country on Monday night, likely continuing heavy in parts of the southeast, will clear into the Irish Sea overnight. A mix of clear spells and well scattered showers will follow from the west. Lowest temperatures of 4 to 8 degrees with moderate northwest winds developing, increasing fresh along southern and eastern coasts.

The weather forecast for Ireland for Tuesday from Met Eireann is for light scattered showers and plenty of sunny spells. It will become mostly dry in the evening with showers confined to northern and Atlantic coastal areas. Highest temperatures of 12 to 15 degrees with moderate to fresh and gusty northwest winds, easing later.

A mostly dry night on Tuesday night with isolated showers in the northwest. Clear to begin with cloud thickening from the west overnight. Lowest temperatures of 3 to 7 degrees in mainly light to moderate west to northwest winds.

According to Met Eireann, Wednesday will be largely dry to start with some early brightness in eastern counties. During the morning, light rain or drizzle will develop in western parts with just patchy drizzle developing further east. Rain will turn more persistent in western and northwestern counties in the afternoon. A milder day with highest temperatures of 12 to 15, possibly 16 degrees with a light to moderate southerly breeze, freshening along the west coast later.

Cloudy or misty with rain and drizzle continuing overnight on Wednesday, most persistent across western coastal counties with drier intervals further east. A mild night with temperatures not falling below 9 to 15 degrees, mildest in the southwest, with mostly moderate southerly winds, fresh along western coasts.

The weather forecast for Ireland for Thursday from Met Eireann is for the day to be cloudy with rain continuing to mainly affect the western half of the country early in the day with drier conditions in the east with occasional bright spells. The rain will slowly extend eastwards through the afternoon and evening. Very mild for the time of year with highest temperatures of 16 to 19 degrees with mostly moderate southerly winds. Further rain moving up from the south may turn heavy overnight across the western half of the country with drier intervals in the southeast. Continuing very mild overnight with temperatures not falling below the low to mid-teens.

According to the latest Met Eireann weather forecast for Ireland, current indications are for heavy rain to continue on Friday over the western half of the country before slowly encroaching further east later in the day. Continuing mild with highest temperatures of 15 to 18 degrees in moderate to fresh southerly winds, easing in the afternoon.

There are signs for higher pressure to build over Ireland over the weekend with more settled conditions developing. Highest temperatures generally in the mid-teens.

A bright & blustery day on Sunday with further sunny spells and showers.