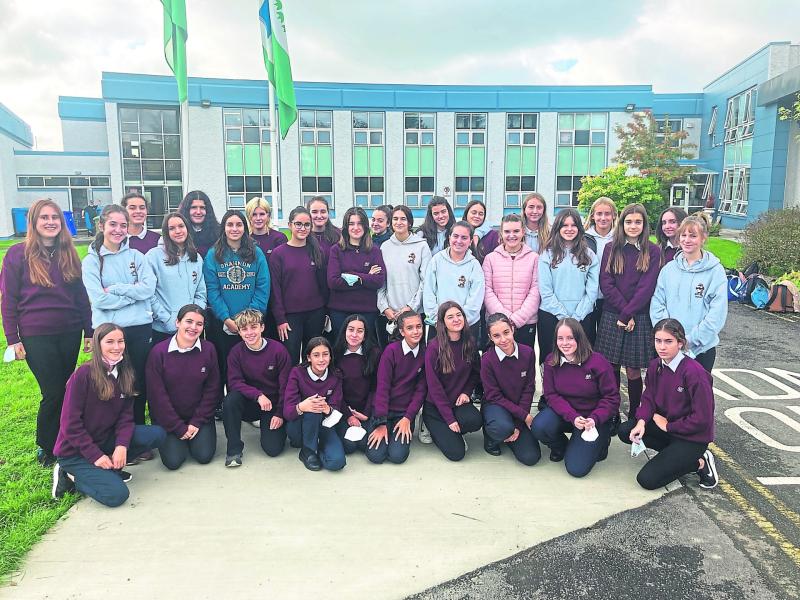 While the Sacred Heart School has a long tradition of hosting International Students, it is increasingly the school of choice for many students coming to Ireland to learn English. This year alone the school has been asked to host over thirty students from Germany, Switzerland, Italy and Spain.

The girls who have joined the school are participating in all years and with a full timetable but Assistant Principal, Mr Sean Mc Fadden ,reports that History, Music and Language classes are particularly popular this year.

“We have introduced the International girls to camogie and so far they’re proving to be really good at it…who knows, we might encourage them to stay here permanently and try out for the local teams, “ he mused.

He added that the girls have adjusted particularly well to Irish life and the school has established a language club for all to participate it. “This has been an outstanding success for the short time that they have been here. They have a great energy about them and for us, as a school, it’s a win win situation.”

He went on to explain the that the Sacred Heart School has a specific objective over the next five years to promote languages as the “new STEM”.

“For us, international languages will be at the forefront of our educational programme. We have developed the digital aspect of our school to national and international acclaim and we have established ourselves firmly as a STEM school with our national success in Biology, Physics and Chemistry, Coding and Robotics but it is important to remember that languages are central to this new diverse world that we live in.” he said.

“We have noticed particularly over the last 3 years that junior students will increasingly opt for at least two languages, perhaps German and Spanish but there is also an increasing number of students who want to take French with those two as well. For us, we want to encourage language participation and development and as one of the few schools offering three languages, we know that we can offer career opportunities for our students with additional benefits. Increasingly, our senior students will look to careers like Law , Accounting, Business and Science but with a language addition. Travel and cultural experiences are now seen as a vital part of life for young people and we want to be able to support that vision," he concluded.

He also added that he hoped this number of International students would double next year and that in itself would bring added benefits for Irish students who are exposed to other languages and cultures.