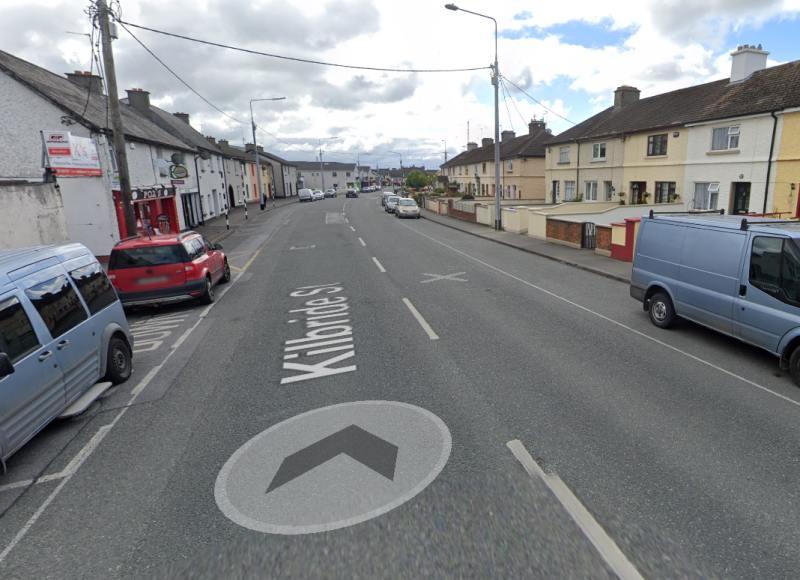 THE need for a pedestrian crossing at Kilbride Street in Tullamore was highlighted at this month's municipal district meeting, by Councillor Sean O’Brien.

Cllr O’Brien proposed that a crossing be installed from Fox’s shop over to the far side of the road.

"It’s a very wide road and the traffic comes very fast off the Clara Bridge and then there is traffic coming out of town and from Pearse Park and Marian Place," he said.

The local councillor said a number of near-misses have been reported and people are fearful of crossing the road there. "For safety and convenience, I would be very keen that we could progress with that," he said.

In a separate issue, he pointed out that the Clara Bridge was "extremely steep."

"A number of wheelchair users and the elderly have issues going towards Clara road, he said. One resident was bringing his wife home and he was fearful he would slip and let the wheelchair go. It would have been a tragic accident," said the Independent councillor.

The motion was seconded by Cathaoirleach of Tullamore Municipal District, Councillor Tony McCormack who said a pedestrian crossing was "vitally needed. People are taking their life in their hands when walking across the road there, it’s an accident waiting to happen."

Cllr McCormack also agreed that the Clara bridge is steep. "I don't think there is an awful lot we can do," he said.

Responding Senior Executive Engineer, John Connelly said the urban greenway will stretch as far as the Clara bridge with the route planned for behind the Mallet Tavern. "There will be a crossing there that serves the demand. It may not be what people are looking for and he concurred that It was a wide road with parking on both sides.’’ It needs to be looked at holistically, there will be lights there," he said.

"I take your point about the steepness of the bridge, it’s something that can be looked into," he added.