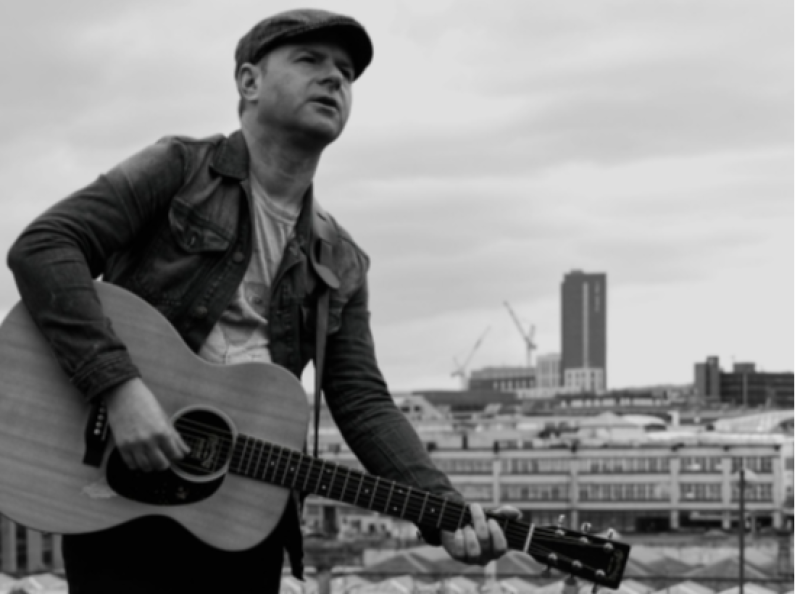 An Offaly native is to headline a festival at an English University this weekend.

Damian Farrell from Killeigh will be headlining the first urban city centre festival in Sheffield this coming Saturday.

The event is sold out with a capacity of 6,000 people attending.

There are a number of stages at the festival with acts from Rudimental to International DJ Paul Van Dyke taking part.

In addition to this event, Farrell will be staging a night for Irish students in Nottingham in October witat the iconic Raglan Road venue.

It's a place he is very familiar with as, almost by accident, The Saw Doctors singer Davy Catron was in the venue when Farrell was performing in Nottingham several years ago, and demanded that Farrell stay the entire weekend, and also perform the Greyfriars club which is dedicated to Irish immigrants in the Midlands of England.

“It was a little surreal, and honestly mad but how could you say no, to a guy who you have listened to and still do” said Farrell. “Wherever you go, get asked for his songs or hear them. And he was utterly sound.”

Paddy Ryan was synonymous with the Trad movement in Liverpool in the early 80s and late 90s That is carried on by his son Paddy Rayn Jnr, who is currently on tour with the Seven Drunken nights musical touring show across Europe and North America.

“It was an absolute honour to play with these guys, because they have danced every board and avenue,” Farrell quipped. “You don't get a sense of the music until you're miles away from it.”

Damian is now away from Killeigh for almost ten years and has live and performed with a number of famous names including Andrea Vittori, with the world famous 40 Fingers Quarter.

He thinks that the Offaly spirit and fellow like minded people at a time in Killeigh and Tullamore growing up was the best musical education you could have had.

“Joe Lee's Pub is an institution for music, and always will be, and continues to be strong now in these uncertain time. I can't wait to go back.”

For more Info, and to follow Damian visit https://www.facebook.com/damifarrell