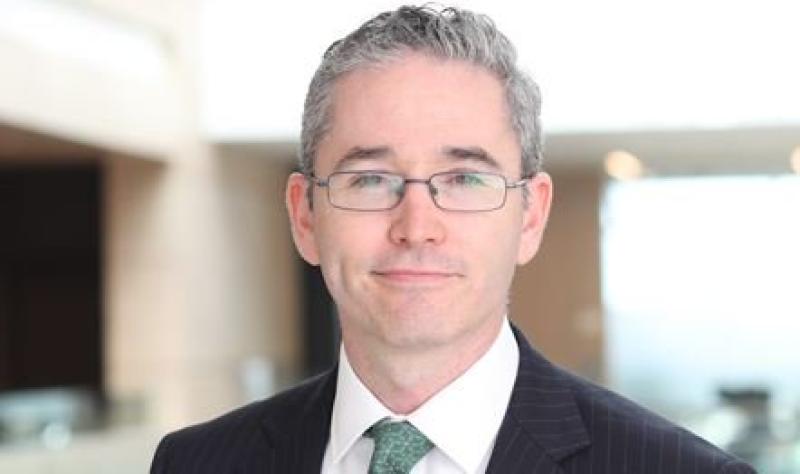 Offaly native Colm Kincaid has been announced as the new director of its consumer protection unit by the Central Bank of Ireland (CBI).

Mr Kincaid, who is currently director of securities markets supervision in the CBI, will take up the role in October.

He replaces Grainne McEvoy, who is leaving the CBI in January to take up a role in the private sector.

Mr Kincaid practised as a solicitor in London and Dublin prior to joining the Central Bank in 2004.

He is a son of John and Maureen Kincaid.

Director-general Derville Rowland said: “I am delighted to announce Colm Kincaid as the Central Bank’s new director of consumer protection.

“Colm is currently director of securities markets supervision and prior to that he was head of consumer protection division and brings considerable leadership and consumer and investor protection experience to this key role.

“Colm also brings a broad range of financial knowledge and experience to the position and is a committed public servant.”

She added: “I would like to acknowledge the immense contribution Gráinne has made to the Central Bank and to our wider public service mission. I wish her well in her new role.”