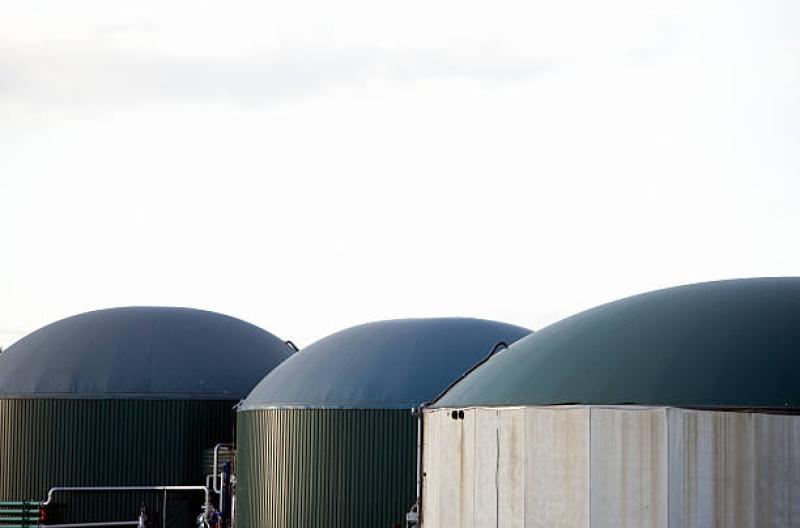 A sample of what an anaerobic digester plant looks like

A decision on a proposal to build a renewable biogas facility in Tullamore has been delayed by An Bord Pleanala.

The application drew a large number of objections from residents along the Rahan and Clara roads along with a number of others including Barry Cowen TD and local councillors who came out in support of the residents.

On January 25, this year Offaly county council refused to give authorisation for the development which was earmarked for a 2.137 hectare site.

The council said the Environmental Impact Assessment Report (EIAR) didn't contain an estimate of the type and quantity of expected residues and emissions and an assessment of the impact of these on the environment and human health.

The council stated that ''...the planning authority is not satisfied, having regard to the information contained in the EIAR, that the proposed development wouldn't cause serious air pollution which may have a significant impact on the environment and public health. The proposed development is therefore considered contrary to the proper planning and sustainable development of the area.''

Strategic Power Limited appealed the decision to An Bord Pleanala on February 19, 2021.

A decision was due by June 24 last. A spokesperson at the Board said the appeal is still with the inspector and a decision is now expected by August 19.

PROPERTY WATCH: Take a tour of this stunning home in Tullamore that is for sale at eye popping price

Residents say the developer intends to lorry in this ''type of product [minimum 30 loads per day] and lorry out the digestate [a fertiliser created at the end of the process] to be spread on surrounding farms.''

Rahan Road Residents Association claim that if the development gets the green light, everyone in the town will be affected by this plant.

Their main objections are, odour from the plant, vermin risk, increased traffic on the Rahan road, additional noise as the plant will run 24/7.They also say there could be potential for ''fire and explosion'' at the plant adding that there have been numerous examples from the UK of this happening.

They also fear ''gas poisoning from gas leaks, and the risk of pathogens including salmonella, parasites, viruses and fungi from the digestate.''