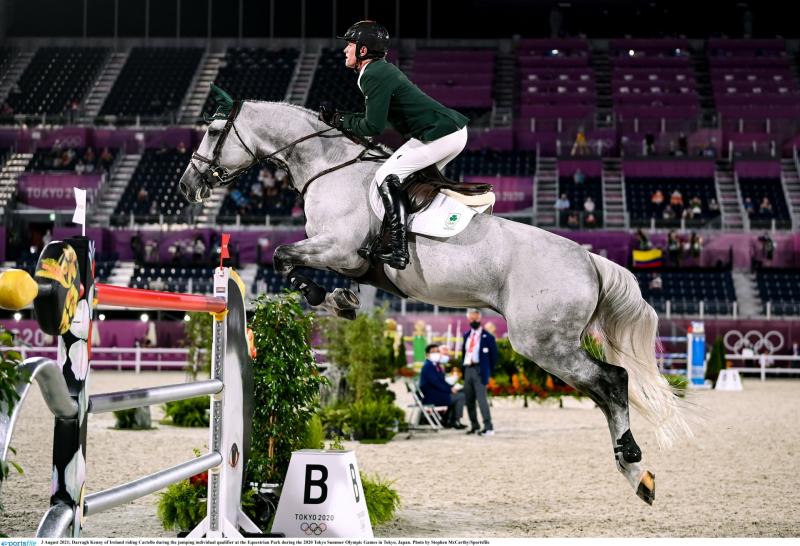 Offaly's Darragh Kenny is through to the final of the Individual Show Jumping at the Olympic Games after an excellent clear round in qualifying.

On board Cartello, the Belmont rider who is the ninth ranked rider in the world, jumped a faultless round in a time of 82.01 seconds, well inside the time allowed to easily qualify for Wednesday's final. He had the second fastest qualifying time and will be second last to jump in the final. The final gets underway at 11am Irish time on Wednesday.

His Irish team-mated Betram Allen on board Pacino Amiro and Cian O'Connor on board Kilkenny also went clear meaning Ireland will have three shots at the medals on Wednesday.

And that bodes very well for the Irish for the team event which takes place later in the week.

The individual final will be one round against the clock with all riders starting with zero faults.

Thirty riders make it through to the final. Twenty-five of those jumped clear rounds with the top 30 rounded off by five riders who jumped clear but received time penalties.