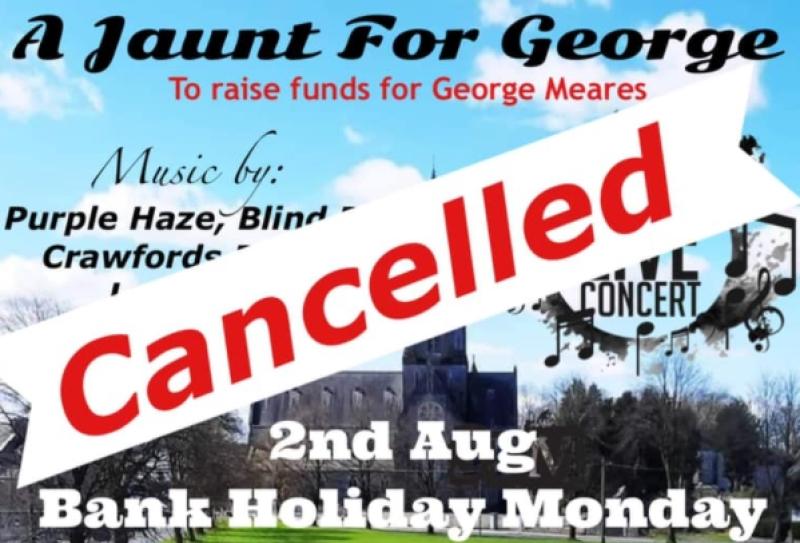 The organisers of the fundraising event planned for Bank Holiday Monday in Clara have expressed their disappointment that it cannot go ahead.

The organisers had been working in association with Ball Breakers Motorcycle club to raise funds for local motorcyclist George Meares. George has recently been diagnosed with an incurable disease of the central nervous system called Multiple System Atrophy.

A small motorcycle run will take place on Monday morning, as planned. However, it had been hoped to have a small motorcycle gathering along with a Bar-B-Q and concert in the Greenfield following the run to raise funds to make life for George and his family more comfortable.

The arrangers of the event had been working closely with local Gardai to limit numbers and control the attendance at the outdoor event. Barriers, fencing and sanitisation stations had been arranged as part of the plan. But the permit for the event was turned down by Garda divisional headquarters in Portlaoise because of covid concerns, meaning the event could not legally proceed.

They say they accept the decision but remain disappointed that they can not raise funds for George who has in the past helped raise thousands of euro for needy causes through the motorcycle club.