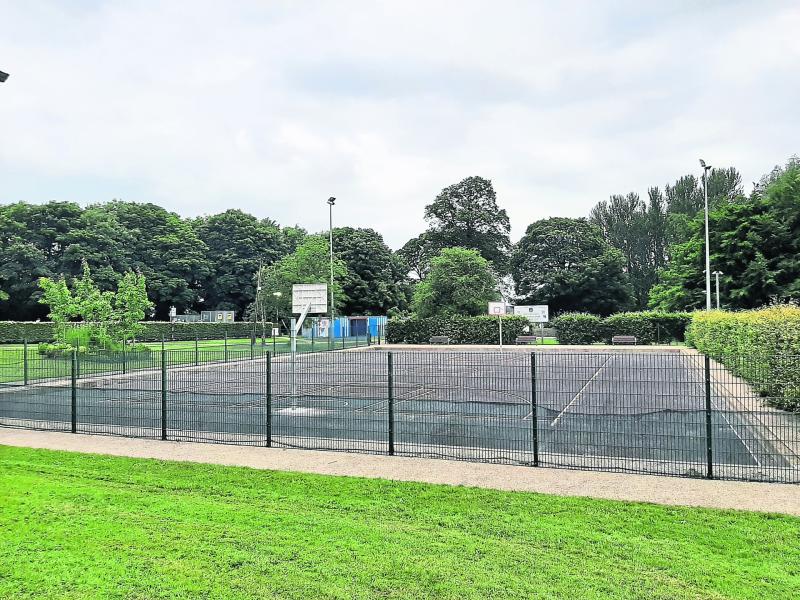 The basketball court replaces the bowling green which was in place since the redevelopment of the town park in 2007.

When including a bowling green in the overall design, the Town Council argued that it would enhance the facility by offering an additional outlet to older users of the park.

While it was hailed as a top-quality rink at the time, its closure and replacement this year has been attributed to underuse.
Cathaoirleach of Offaly County Council, Cllr Declan Harvey said that maintenance costs were an issue.

He also said the basketball court can be used throughout the full calendar year whereas lawn bowling is primarily a seasonal activity.

The Tullamore Fianna Fail councillor said the Lions Club had contributed to the new court.

“It's a full size basketball court and there can be two smaller ones going across it as well if they are wanted,” said Cllr Harvey. “I'm fully supporting it because the amount of kids and teenagers that will use it will be unbelievable.”