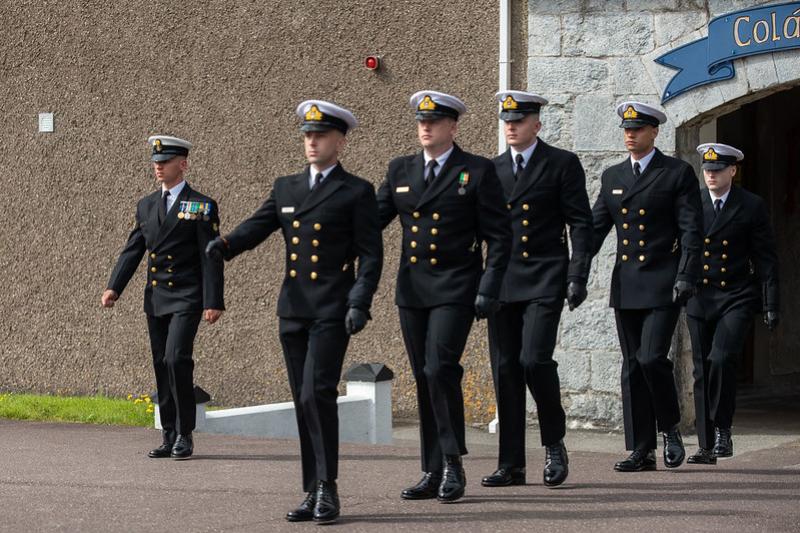 An Offaly man was one of just five Cadets receiving his commission as an officer in the Naval Service after two years of intensive training.

Among the new officers is Adam Galvin from Cappincur. Adam is the youngest in his family and was raised Offaly by his parents Aidan and Mary. Adam joined the Naval Service as a recruit in 2018 and served for a brief spell as an O/Mech on the LÉ Eithne and the LÉ Samuel Beckett. 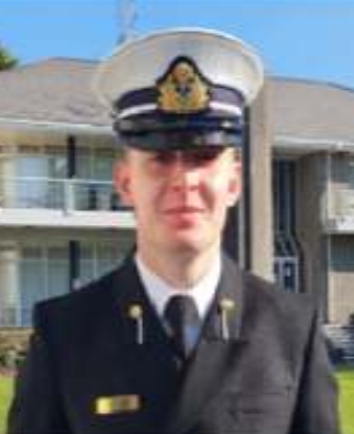 Adam then applied for a Naval Service Cadetship with a view to furthering his career and education within the service.

Adam thoroughly enjoyed the Curragh phase of the Cadetship and getting to know like-minded people. Adam has a keen interest in the GAA, particularly football, having played from a young age.

The other four recruits are from Donegal, Clare, Waterford and Limerick.

It is a very important and proud day for the members of the 59th Naval Service Cadet Class as they are awarded their Commissions. This represents the successful completion of two years intensive military and nautical training.

The five Cadets have completed a very demanding, challenging and rewarding course of basic Officer training including diverse subjects such as navigation, seamanship, leadership, communications, marine engineering and naval warfare.

The Cadets also completed sea time experience across the Naval Service fleet and commenced their first year of academic study for a Bachelor of Science in Nautical Science at the National Maritime College of Ireland.

Large energy storage facility in Offaly gets the green light