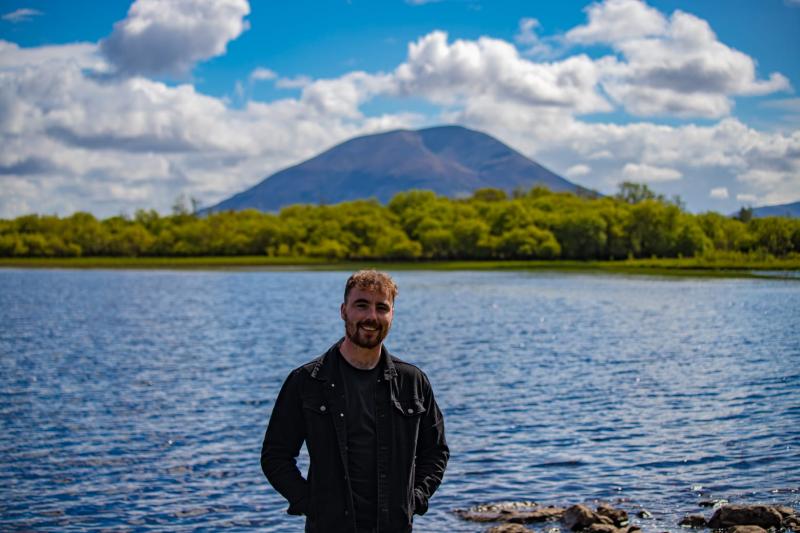 In a few weeks time Birr man Fionn O Cearbhaill will be taking on the Noman Challenge - a 320km extreme rowing race across the mediterranean ocean, in an effort to raise much needed funds and awareness for Human Papillomavirus (HPV) related cancer.

Fionn used to be Gym Manager in Birr Leisure Centre and he is currently training hard six days a week on the rowing machine in the Leisure Centre's gym.

He is no stranger to extreme challenges. A couple of years ago he climbed the four highest peaks in the four provinces of Ireland in 30 hours. Last year he climbed Ireland's highest peak, Carrauntoohil, three times in the one day. Both climbing ventures were done to raise money for St Vincent de Paul.

Several months ago Fionn thought he would give rowing a try and he signed on for the Mediterranean challenge. He's been in training since January and feels reasonably confident while at the same time well aware of the significant challenge of the endeavour.

“We are starting on July 19 in the port of Barcelona. The journey across the Mediterranean will take two and a half to three days, if the weather remains favourable - more likely than not at that time of the year it will remain favourable. I'll be in a crew of four on a 24/7 rota system of two hours on, two hours off, rowing and sleeping. As well as the physical challenge on your muscles, the other challenges will include the heat, sun exposure, are you going to get on with the other crew members? I will have never met the other crew members before.”

The challenge is being organised by Noman which is advocating for universal vaccination for HPV Cancers. 90,000 people in Europe are currently suffering from HPV cancer. These illnesses could have been prevented if the people had been given vaccines beforehand.

A relative of Fionn's passed away last year from HPV. “The HPV virus has taken far too many lives,” he commented, “and has had a devastating affect on so many families both in Ireland and around the world. I think you would be hard pressed to find anyone who hasn't been personally affected by cancer and its devastating impacts.”

“The good news,” says a Noman press release, “is the HPV-vaccine is a cancer preventing vaccine, and presents the greatest opportunity we've had to prevent cancer in decades. It's time to fight back!”

“For me,” continues Fionn, “going on outdoor adventures, whether it be in the mountains or in this case the ocean, adds a layer of excitement to life. I enjoy a good challenge and it's doubly rewarding when it's all in the name of a good cause.
“I have never rowed before or spent any time at sea. Being landlocked in Offaly meant that I had very little exposure to the sea growing up. When I heard about the ocean rowing challenge it really appealed to me to do something different.

“The four other team mates that I am rowing with are from the UK. They have had some training days in the Noman boat in Southampton but due to the Covid situation I was unable to travel. So I will be meeting them at the start line in Barcelona on July 19th leaving me with about two hours before the race to learn how to work an ocean rowing boat! Our boat will be one of six boats containing a total of 25 participants.

“The plan is to row non-stop until we reach Ibiza. In the two hour resting periods we will eat high calorie meals and sleep in a tight compartment at the end of the boat that can just about fit two people. We will carry a special device to convert sea water to drinking water. Burning 8,000 calories a day we will be eating dried packed foods that I suspect won’t exactly be michelin star standard but should hopefully give us the fuel we need.

“In the unlikely event of any freak waves and the boat capsizing it is designed to self-right but hopefully we won't go there.”
It is mandatory that all rowers complete navigation, sea survival, radio communication and first aid courses prior to the race in the event of an emergency. The training courses, flights, gear and equipment and expenses are all covered by each participant so 100% of funds raised go directly to charity. Each participant is asked to raise €10,000 for charity, and it can be a big challenge in itself to raise the money.

“The blistering heat,” says a Noman press release, “sleep deprivation, sea sickness and unpleasant living conditions will be extremely demanding both mentally and physically and the effort required to get across will no doubt result in a once in a lifetime adventure.” One of Noman's tactics of raising awareness about the Human Papillomavirus, and campaigning for universal HPV vaccination, is to challenge participants to extreme endurance races across the world. “A world,” states Noman, “where every country vaccinates both boys and girls against HPV, would eradicate 5% of all cancers and with it remove so much unnecessary pain, suffering and grievances in the world we live in today.”

To follow the race there will be live tracking of the boats' positions on the Noman Website; and, using a special satellite phone, Fionn hopes to post some updates to his personal social media account.

If you would like to contribute to this excellent cause then you can do so through the gofundme page which you can find by googling - rowing the mediterranean for cancer.