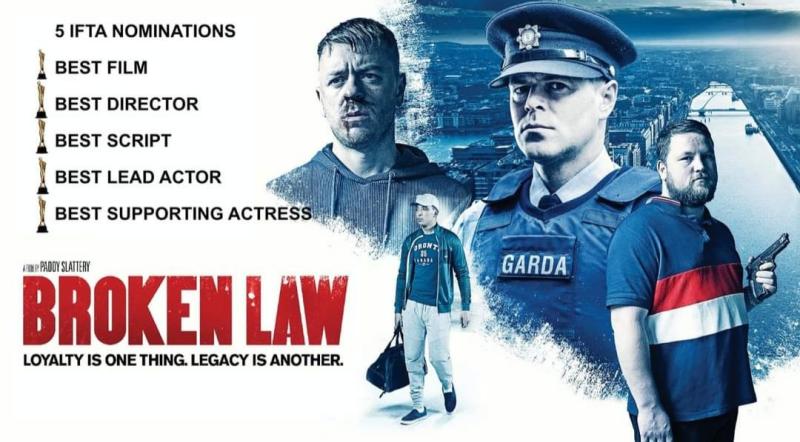 Offaly film director Paddy Slattery has reacted with delight to news that his film Broken Law has been nominated for five IFTAs.

"This is bonkers," he said.

"We have just picked up five IFTA Nominations."

Tristan Heanue has also been nominated for best leading actor with Ally Ní Chiaráin up for best supporting actor.

Paddy said a "massive thank you to everyone involved including Failsafe Films, Break Out Pictures and Screen Ireland and everyone in front and behind the camera. This is our moment.

"Thank you so much Irish Film & Television Academy (IFTA) for this recognition. We are honoured," he added.