Call for 'urgent action' on stretch of motorway in Offaly 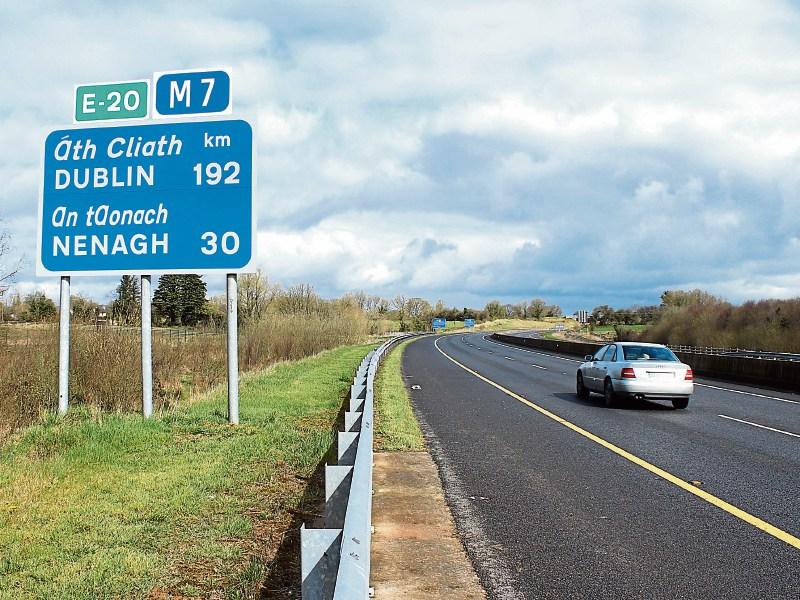 THE highly disproportionate number of incidents on the M7 motorway during inclement weather has been repeatedly highlighted by local authority officials and the leader of the Labour Party has reiterated his calls for the dangerous stretch of motorway to be made safe.

Meanwhile, the return to pre-pandemic levels of traffic are resulting in tailbacks on the Moneygall junction, where lines of traffic on the motorway's hard shoulder wait to exit and visit the service station facilities.

Tipperary TD Alan Kelly has called once again for urgent action to address safety issues on the M7 in Tipperary, following a number of recent collisions on the motorway at Birdhill and near Roscrea.

“There are obviously safety issues on the stretch of the motorway from Roscrea to Birdhill given the volume of accidents that are happening and unfortunately there has been some loss of life, which brings incredible pain to many families”, Deputy Kelly told the Tribune.

“Many people have now expressed concern regarding the number of collisions near Birdhill and this needs to be investigated immediately. .

“On Sunday afternoon (May 23) there were several collisions around the same time, which caused the motorway to be shut in both directions for a number of hours. There was also a other accident on Monday morning”, Deputy Kelly said.

“I’m completely dissatisfied with their answers and refusal to investigate these issues and look at the volume of incidents and accidents taking place”, Deputy Kelly said.

Meanwhile, traffic volumes have returned to pre-pandemic levels on the M7 and are resulting in tailbacks as traffic lines wait to exit at the Moneygall junction.

In 2018, 13 vehicles were involved in multiple collisions on both sides of the same stretch of the M7 near Roscrea. A number of cars and vans collided with each other and crashed into barriers and left the road between junctions 22 and 23 west of Roscrea. The access ramps from the N62 near Roscrea to join and exit the motorway have long been criticised by local motorists and elected representatives as a dangerous flaw.

The Moneygall junction features a similar design, with no deceleration lane to approach the junction from the motorway provided and has been highlighted numerous times by regular users of the motorway.