BREAKING: Man dies after incident in centre of Offaly town 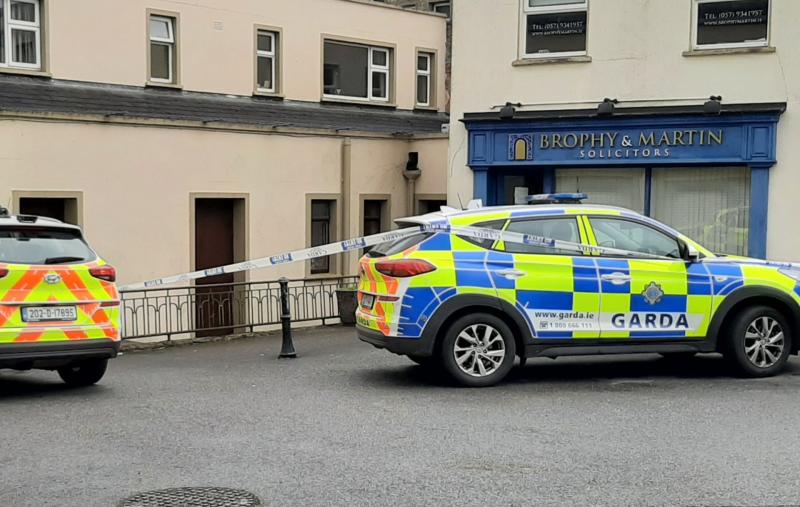 The scene of a tragic incident in Tullamore this evening

A MAN died in Tullamore town centre this evening after becoming ill during a disturbance off Patrick Street.

UPDATE: GSOC notified after man who came to attention of gardai dies after incident in Tullamore

Local sources have indicated that the man, said to be in his late 40s, required urgent medical attention when gardai were called to an incident shortly after 4pm at Patrick's Court, off Patrick Street.

The man was taken to the Midland Regional Hospital, Tullamore but subsequently passed away.

The incident occurred outside Brophy Martin Solicitors and an area in front of the solicitor's office was cordoned off by gardai this evening.