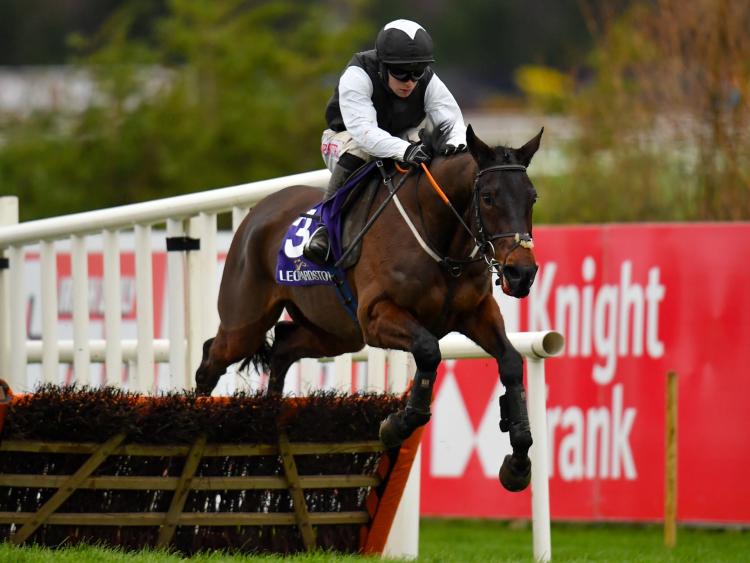 I think ENTOUCAS (4/1) will win this. He was looking good to win the Grand Annual at Cheltenham before for a mistake two fences from home. He plugged away to finish second to Sky Pirate and can correct the record today. HARRIE (28/1) is a big-price runner here for Willie Mullins who will be ridden prominently and is interesting for eachway terms.

BALLYBOKER BRIDGE (10/1) is a nice price and admirably consistent around Punchestown. The one blot on his Punchestown copybook came in February when he was pulled up in a race won by Shady Operator but before that he had a great record. He won this race in 2019 and lost little in two defeats to Neverrushacon last year. He would have had quite a few of these behind him on those occasions, including the second favourite Some Neck last November. He should be primed for this now and comes here fresh, unlike some of his rivals having not run at Cheltenham, Aintree or Fairyhouse in recent weeks.

I tipped FLOORING PORTER (5/2) at 16/1 for the Stayers Hurdle he won at Cheltenham in March and I see no reason to abandon him now. He travelled powerfully that day and had his rivals all at it earlier than they would have liked, making it a real staying test. Similar tactics might dent the chances of his main rivals here Ronald Pump and Beacon Edge. Flooring Porter can double up on his Cheltenham win and end the season as the undisputed champion staying hurdler. He's a star and he's the one for me.

BIGBADANDBEAUTIFUL (7/1) is interesting here having just her second run over hurdles. She was useful on the flat and had plenty to spare over her rivals in her maiden hurdles win at Navan in March. The others in this all have form against one another so she is a bit of an unknown quantity at their level. Despite that, she's fresh compared to her rivals and remains open to huge improvement. She may not need to be extra special to beat this field after the seasons they've had.