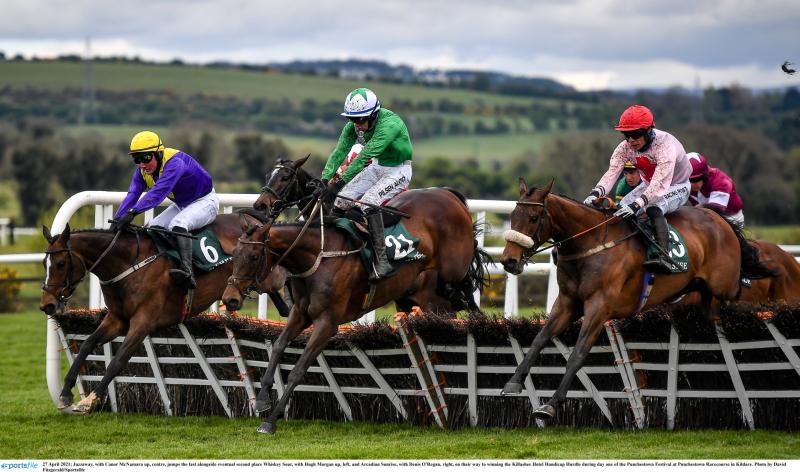 Jazzaway, with Conor McNamara up, centre, on the way to winning the Killashee Hotel Handicap Hurdle PIC: Sportsfile

An Offaly syndicate went through all the emotions as they picked up a valuable €50,000 victory at the Punchestown Racing Festival on Tuesday, April 27.

The Whitegrass syndicate saddled two horses for the Killashee Hotel Handicap Hurdle but following an incident that saw its jockey unseated before the start of the race, Getaway Gorgeous was withdrawn. That left Jazzaway, ridden by Conor McNamara and trained by Willie Mullins to carry the green and white colours of the Ferbane-based syndicate.

The horse was ridden into contention well by the young jockey but was pushed all the way by Jack Kennedy and Call Me Lyreen with the result going to the judge in a photo finish.

Speaking to RTE presenter Brian Gleeson via video link from Ferbane after the race, Liam Cullinan from the Whitegrass Racing Syndicate said: "That was unreal, Brian. Talk about the ups and downs of racing; one horse gone before the race and then we win on the bob. Unreal. Unreal. Can't believe it, Brian."

When asked about that agonisingly close finish, Liam said: "I just thought when they passed the line, we were beaten. It looked like one of those days we were just going to get pipped on the line but it's brilliant.

"He [Conor McNamara] gave her a savage ride. Jesus, it was brilliant," he added.

In a bob of the heads, Jazzaway gets the better of Call Me Lyreen to provide @WillieMullinsNH with a quickfire double at @punchestownrace

Liam explained the syndicate set-up and said 14 or 15 locals from around Ferbane are involved. He said they are in it for the fun and it doesn't cost the earth.

"We're not in it to make money for ourselves, we're in it to have fun and go to the races. That's the unfortunate part of it not being there today because this would be unreal. I'm on a glass of water here now, Brian, but I think I'll be on more than water later on," he concluded.

Jazzaway was 10/1 and the winning distance was a shorthead.

McGlynn “gutted beyond belief” at near miss 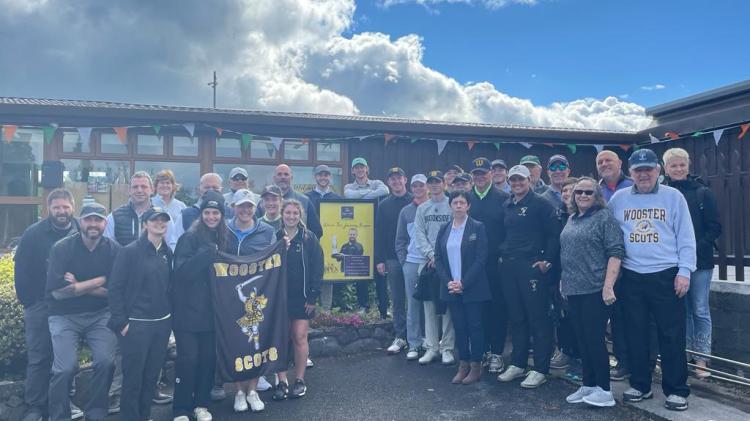 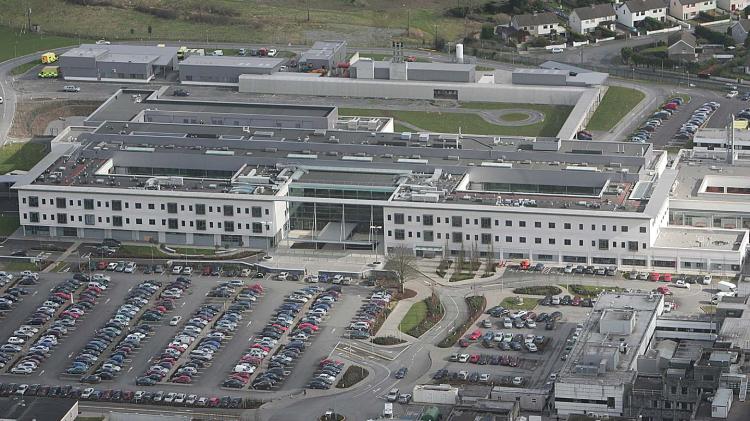