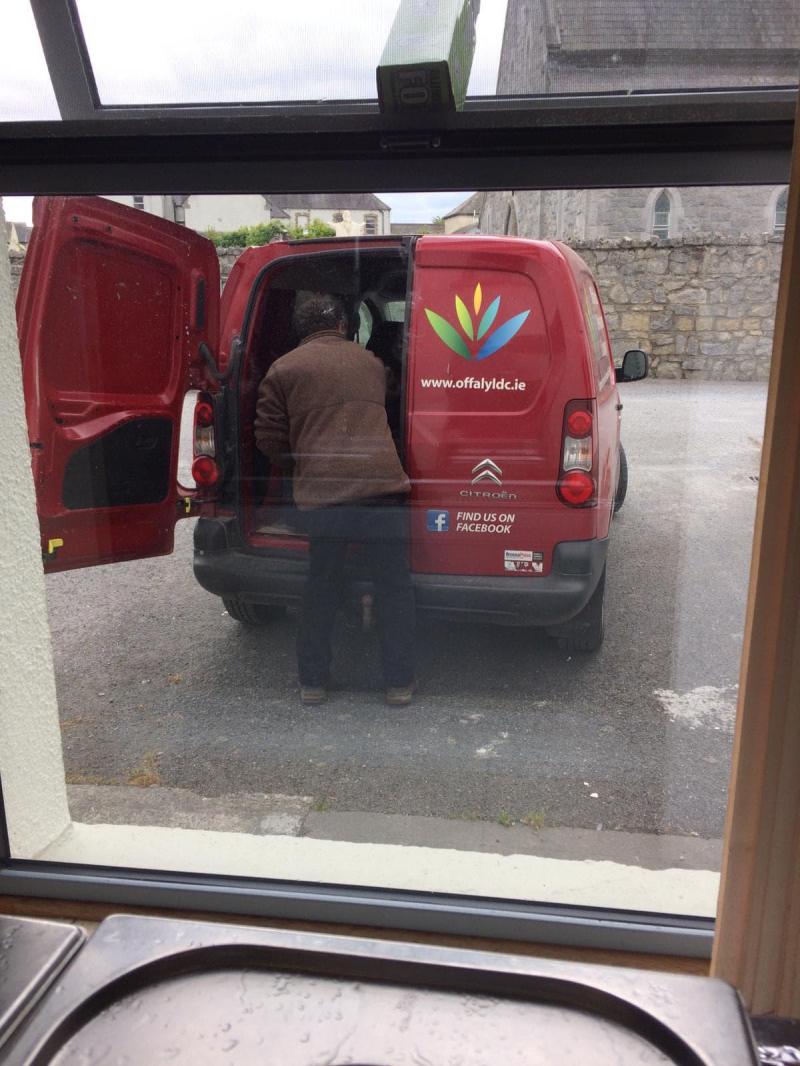 The Meals on Wheels service throughout South and West Offaly experienced an unprecedented overhaul and expansion throughout the past year as necessitated by the Covid-19 pandemic.

A combination of social enterprises, development associations, and community volunteer programmes allowed for the needs of the vulnerable to be met during the cocooning regulations that came with the first wave of the pandemic beginning in March 2020.

The demographics of the areas in South and West Offaly that we cover show that 19.6% of the population are over 65 which is well above the national average of 16.6%. This shows that during the lockdowns over the past year almost one fifth of our population would be considered to be in the older and more vulnerable categories proving how essential a meals-on-wheels service would be during months of cocooning and lockdowns.

The service already existed in Offaly with Ballycumber operating a small community meals-on-wheels service and the KDA in Kilcormac offering services to Rath, Kinnitty and Kilcormac. When closures due to Covid began in March 2020 the meals on wheels programmes were closed due to the withdrawal of CE scheme participants.

Created out of the need to sustain the service a partnership between OLDC and the KDA was established when OLDC offered to support the delivery of meals through the provision of vans and drivers. This meant that the kitchen in Kilcormac reopened on March 23rd after a short closure.

With Kilcormac successfully meeting an accelerated demand brought on by a combination of marketing and catering for those cocooning during lockdown and Shinrone Development Association covering areas south of Birr the meals-on-wheels service continued to grow. Volunteer community partners such as Lusmagh GAA and Red Cross Moneygall supported the service in reaching new areas across South and West Offaly. By the end of April 120 dinners were provided from the kitchen in Kilcormac on each delivery day and new routes served Birr, Ferbane, Cloghan, Banagher and Lusmagh.

Luckily the community banded together to come with the rising demand as the lockdown continued through April and May 2020 – Moneygall Development Association through Obama plaza began producing dinners on delivery days to cater for Moneygall, Dunkerrin and Barna which were in turn delivered by Nenagh Red Cross.

In Banagher facilities and overhead costs were provided by Offaly West and with the help of a volunteer chef and Homefix drivers this route grew to 70 dinners three times a week. Kilcormac continued to supply the ever growing Birr route and there were also links developed with Mucklagh Community Centre who commenced advertising the service and delivering dinners around the Mucklagh & Screggan area. The Shannonbridge area was funded through the Emergency Fund and they also began producing and delivering dinners locally. All of these services combined successfully delivered 550 dinners weekly at the peak cocooning time during the first lockdown.

All of our community partners stepped up to provide an emergency service but as the summer progressed it was obvious there was a continued need for the service and a permanent set-up was required. The kitchen in Banagher closed as the coffee shop it was operating from re-opened and dinners for this route reverted back to the kitchen in Kilcormac which increased its output greatly. Shinrone community kitchen opened up now producing all dinners for the South Offaly areas.

Both areas use RSS drivers and OLDC vans under Offaly Healthy Homes Project which received CSP funding in September for a manager and an administrator to organise all the routes and liaise with both kitchens from a central office in Banagher.
Shannonbridge and Ballycumber have continued to serve their local areas using a volunteer led model and from August 2020 Pullough Community Shop came on board using the community van to support Ballycumber deliveries.

Going from strength to strength the service has extended across the county border and Shinrone are now providing dinners for the Roscrea area as of October 2020 and the most recent expansion out of Ballycumber sees their service area stretch to Clara as of February 2021.

This project has been community driven from the beginning and thanks to additional funding to support the establishment of the Offaly Healthy Homes Project initiative we hope these services can continue to meet the needs of our communities.