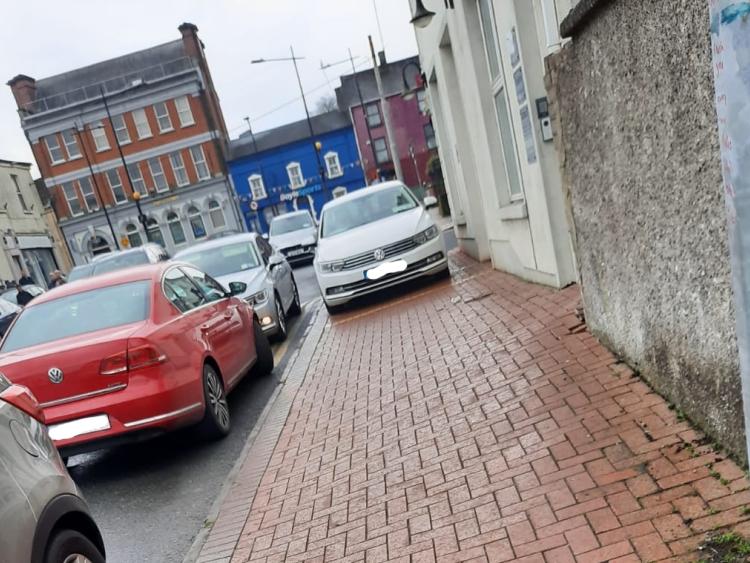 'Dangerous and disgraceful' parking in an Offaly town is putting lives at risk.

This picture sent to the Offaly Express shows a car illegally parked on the footpath on the Carrick Road in Edenderry.

The car blocks the entire footpath with another parked on the double yellow lines beside it.

This took place on Monday afternoon as school finished. Parents with buggies who were collecting older children from school for forced to walk in the middle of the busy Carrick Road.

Our reader who sent us in the picture was one of those who had to go on to the road to get past the two cars and rightly described the parking as 'dangerous and disgraceful'.

HAVE YOU GOT A STORY FOR THE OFFALY EXPRESS. E-MAIL US NOW TO news@offalyexpress.ie