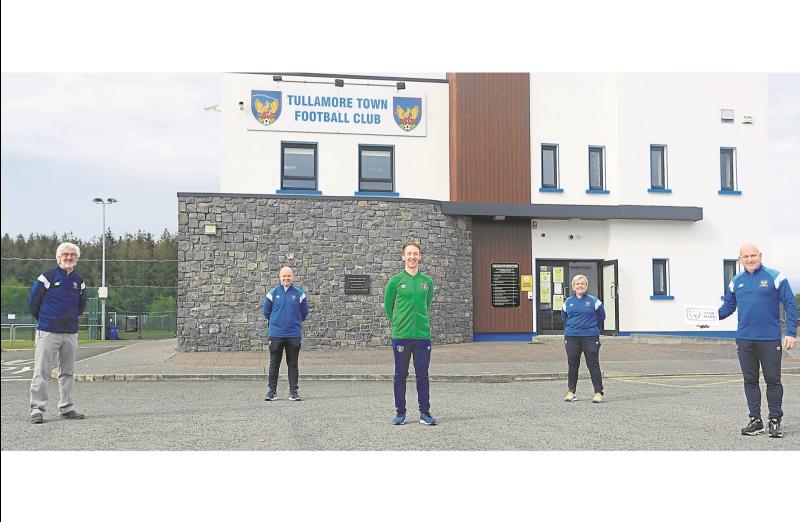 This has been given to them based on best practice in their governance, management and administration procedures and will further support them in improving standards on and off the field.

It represents a series of accreditation awards whose aims are to establish operating standards and which provides a road map to achieve those standards. It certifies that Tullamore has an FAI recognised coaching structure and player development plan and that it has demonstrated best practice in child welfare and safeguarding. It also increases the club’s capacity to operate effectively and grow soccer in the community.

The club said the award is a wonderful recognition of the commitment and hard work of all those involved with the club and ensures that Tullamore Town will retain its position as one of the most progressive and well run football clubs in the Midlands.

Club chairman, Alan Kelly, thanked Gary Seery, FAI Football Development Officer, for his help and guidance and also his committee for all their hard work in achieving the Club Mark Award and stated that this is the first in a number of projects that the club have been working on during the lockdown period.

On a further positive note, Tullamore Town have recently been notified that they can reopen from Monday, April 26, in line with current HSE and FAI Covid guidelines. They look forward to welcoming back all coaches and players as well as inviting anyone interested in joining the club to make contact through its Facebook page.