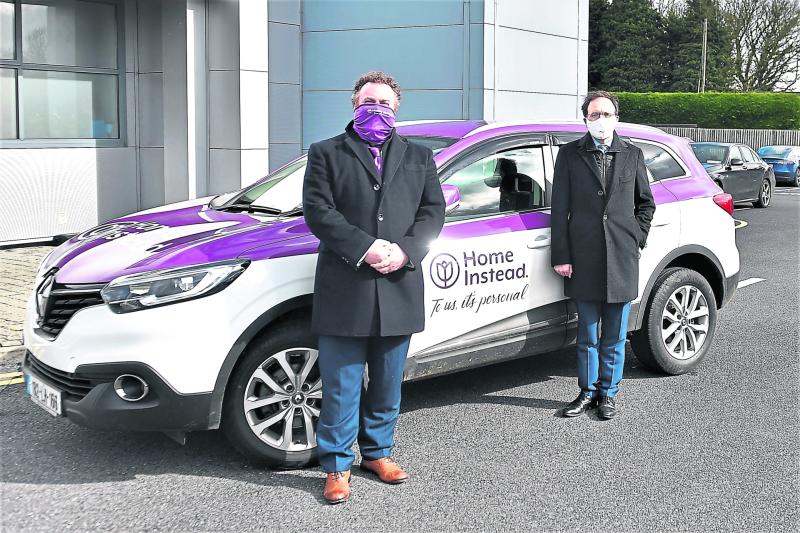 Home Instead Midlands was joined by Minister for Trade Promotion, Robert Troy TD, to announce the creation of 100 CAREGiver roles to strengthen its existing midlands-based team.

Since the global pandemic began last March, Home Instead Midlands have recruited over 100 CAREGivers and due to increased demand are seeking to recruit another 100 CAREGivers to the Midlands team by the end of this year.

In welcoming the announcement, Minister for Trade Promotion, Robert Troy TD, said, “this is great news from Home Instead Midlands today. Not only are they creating 100 new jobs, but they are also providing an essential service to some of the most vulnerable people in our community. I want to thank Mr Acton, his administration team, and most importantly their dedicated team of frontline workers providing essential care in the home to seniors all over the Midlands. I want to thank them for their ongoing care and support for their clients – particularly at such a challenging time.”

Home Instead Midlands, Managing Director, Jonathon Action said, “I am incredibly proud of our CAREGivers for their hard work and for the dedication they have shown over the last 12 months, going over and beyond in keeping our clients safe and well in their homes providing much needed support, personal care and most importantly companionship during what has been a lonely and difficult time. Equally, I would like to thank our office staff who have worked long days and nights behind the scenes supporting our CAREGivers and ensuring they were always protected with PPE."

At the small, socially distant event outside their offices in Marlinstown, Mullingar, Home Instead Midlands also presented their CAREGiver of the Month for February to local resident, Bernie Swarbrigg.

Commenting on the award, Mr. Acton said, “Bernie was nominated for this award on many occasions of late but this month she was voted in unanimously due to her continued dedication to her clients but especially for assisting so many people who would be considered palliative care. Bernie would be one of our most popular carers who is adored by not only her clients and their families but also by all of us working behind the scenes at Home Instead.”