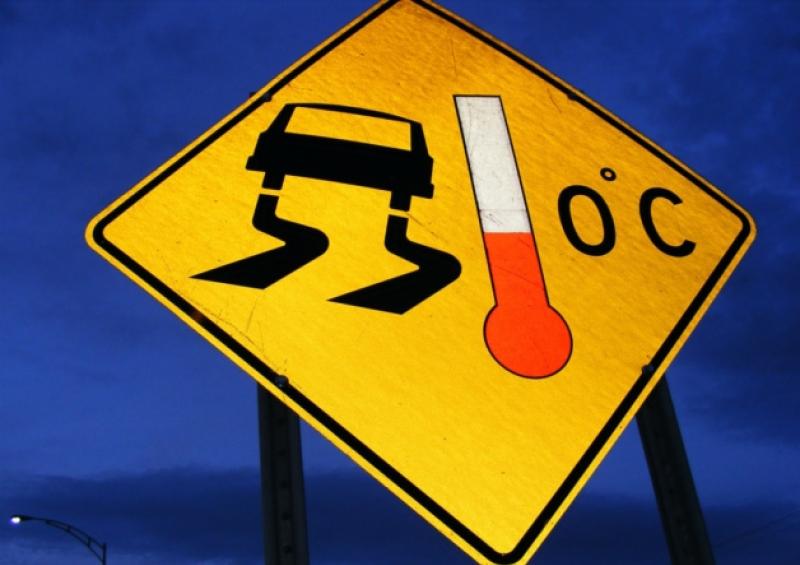 Easter Monday will be a cold day with brisk northerly winds feeding down some scattered wintry showers, according to Met Éireann.

Becoming drier into the afternoon with more in the way of sunny spells. Unseasonably cold with highest temperatures of just 4 to 6 degrees . There will be an added wind chill factor too in mostly fresh northerly winds.

It will be mostly dry at first tonight with clear spells, however scattered wintry showers will continue to push down from the north. Very cold with frost in sheltered areas especially. Lowest temperatures of -2 to +1 degrees , in a light to moderate northwest breeze.

Met Éireann's national outlook for the rest of the Easter season says it will be colder than normal this week with some late-season frost. MORE BELOW TWEETS

Cold day countrywide with brisk northerly winds feeding down scattered wintry showers, some of hail. Showers most frequent across Ulster. Becoming drier into the afternoon with more in the way of sunny spells️. Unseasonably cold with highs of 4 to 7C.https://t.co/9gKN6SVok4 pic.twitter.com/nPrwoR1bXW

Colder than normal this week with some unusually late season frost.

NATIONAL FORECAST issued at 8:39am on April 5

Tuesday: Another unseasonably cold day on Tuesday with brisk northerly winds continuing to feed down scattered wintry showers with a risk of hail. Munster and south Leinster will stay driest with showers mainly confined to eastern coasts into the afternoon. Sunny spells will occur through the day also. Highest temperatures will range 4 to 7 degrees, coldest in the north, with an added wind chill factor again.

Showery outbreaks of rain will occur on Tuesday night, possibly turning wintry for a time across the north of Ulster. Staying driest in Munster but coldest here too under clear skies. Lowest temperatures of -3 to +1 degrees with a slight to sharp frost. Winds will be light to moderate northwest.

WEDNESDAY: Becoming less cold on Wednesday but generally cloudy with scattered outbreaks of rain, all the while staying driest in the southwest. Highest temperatures of 8 to 10 degrees in a moderate westerly breeze.

Rain will mainly affect the northwest overnight, whilst staying largely dry elsewhere under broken cloud. Frost setting in where skies remain clear, coldest in the south and east. Lowest temperatures of -1 to 4 degrees with light to moderate southwest winds.

THURSDAY: Cloudy and breezy with scattered outbreaks of rain or drizzle, persistent in the north and northwest later. Highest temperatures of 8 to 10 degrees with moderate to fresh southwest winds increasing strong on northwestern coasts. A band of rain will move down from the northwest in the early evening/night Clearer and colder weather will follow later with some wintry showers moving into the north towards morning. Lowest temperatures of 0 to 3 degrees . Moderate to fresh west to northwest winds will ease later allowing some frost to set in locally.

FRIDAY: A cold day with sunny spells and brisk north to northwest winds dragging down a scattering of wintry showers, most frequent across Ulster. Highest temperatures of 5 to 9 degrees with an added wind chill factor. Very cold on Friday with long clear spells. Lowest temperatures of -4 to 0 degrees with a widespread sharp to severe frost and with a few fog patches also.