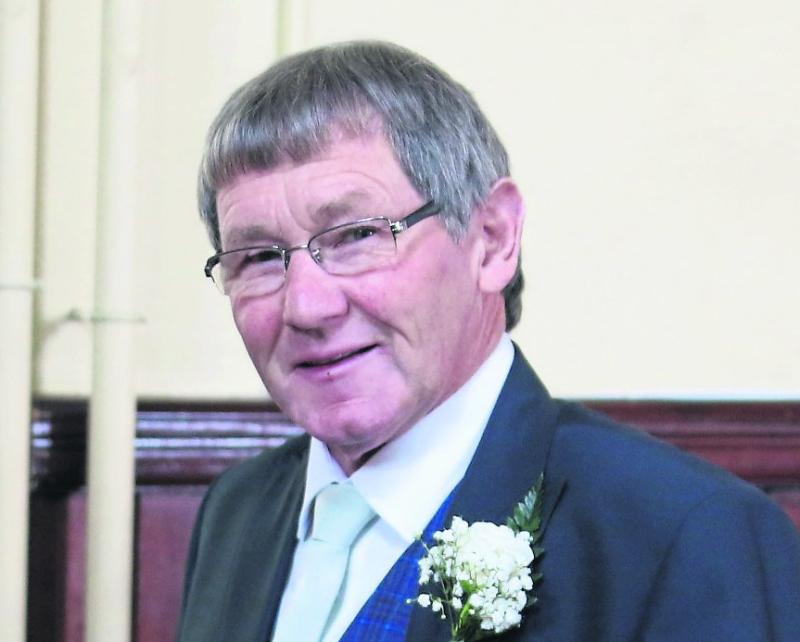 Surrounded by his loving family Tony Robinson was called to his eternal reward after a brave battle with illness which was fought with dignity and courage.

He will be greatly missed by all who knew him from far and wide. Especially his wife Phil and sons Mark and Anthony and   daughters Margaret, Maureen, Tina, Edel and brother and sister Danny and Mary.

Kinnitty people were only coming to terms with the loss of Tony’s sister Eileen Bergin when news broke that another stalwart of the GAA family had passed away.

Tony spent most of his sporting and administration life involved with the GAA.

He was a member of the Junior hurling team who make the breakthrough in the late 60’s and started the revival of Kinnitty hurling.

His love and knowledge for the game got him nominated to serve in several positions with Offaly GAA.

He was chairman of Kinnitty during the golden era when they won the three-in-a-row senior county finals.

He stuck with the club through thick and thin, through bad times and good times and became chairman on two other occasions, most noticeably during the funding for the stand and the upper field.

Not one to sit on his legacy he went on to the development committee and oversaw a lot of the work that was carried out in the walking track and the purchase of a third field.

He was also one of the main movers in getting a ball wall started.

Even during his illness Tony still made sure he could get up to the GAA grounds to see what was going on.

His dedication to Kinnitty GAA will be remembered for a long time to come.

Tony was also a family man, a devoted husband to his wife Phil and a loving father to his seven children.

How he got time to run the farm, oversee Kinnitty GAA and be a father is anyone’s guess but he did it all with love and steadfastness.