Tributes paid to one of Tullamore's 'most cherished and revered characters' 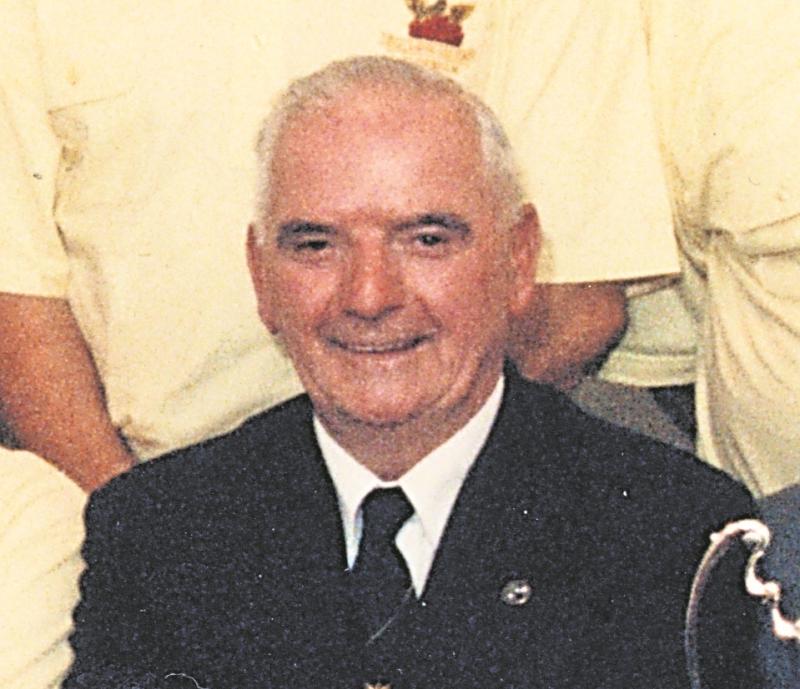 Tributes paid to one of Tullamore's 'most cherished and revered characters'

The death has taken place recently of one of Tullamore's most cherished and revered characters, Richard (“Dick”) Conroy.

Known far and wide as Dick, he was a larger than life personality with a persona that instantly drew people to him. He was a giant in Tullamore in a variety of spheres – GAA, golf and business.

He was a talented footballer and hurler in his youth. He won a Minor Football and Hurling Championship double with Tullamore in 1950, alongside such other famous Tullamore stalwarts as Alo Kelly, Noel McGee, Phil O'Reilly, Joe Bracken and others.

He soon graduated to the Tullamore senior sides and he won an SFC title in 1954. He was a member of a very well known and very talented GAA family with many of his siblings also winning an excellent reputation in the 1950s and '60s. Dick won a Senior Hurling Championship medal in 1955, another SFC one in 1956 when he was captain and he also captained Tullamore to the SHC title in 1959.

He is one of only two men to have captained senior football and hurling winning sides – another Tullamore man Jimmy Flaherty (1930, football and 1937, hurling) was the other.

He continued playing into the 1960s but was not on the team that won the 1963 SFC. However, he was still playing on the 1964 SHC winners as Tullamore's success began to dry up in football and hurling – they didn't win their next football title until 1973 and their 1977 win was followed by a long famine until 2000 while they had a 45 year gap between the 1964 hurling win and their next one in 2009.

He was a very good county dual player. He won an historic O'Byrne Cup senior football medal in 1954 and also played regularly for the county hurlers from 1954 to 1961.

He was also a capable referee and in latter years, before his health declined, he loved to regale eager listeners with stories about this.

In particular, he liked to tell the story of being asked to referee notoriously tough hurling teams, Blackwood Rovers (Rahan parish) and Killoughey and his protests to County Board secretary John Dowling about what had he done to upset him with such an appointment – and how he counted his fingers after throwing in the ball.

He was a keen golfer who served Tullamore Golf Club very well, doing one year as captain and working on committees for years. He was an influential and popular person here and his company was always highly sought.

He was also a prominent business man in Tullamore for several years. He ran a busy tyre repair and filling station on Tullamore's William Street, for over 20 years. He semi-retired from this around 1999 but continued to work occasionally there with former Tullamore hurler and footballer, Peter Kelly and his late father Tommy until its final enclosure in 2010.

This was an old fashioned type business where a regular stream of almost daily visitors called in to chat about the topics of the day, catch up on town news and just shoot the breeze. As well as providing a crucial local service, it was an important feature of life for many people over several years.

The late Dick had a great way about him. His distinctive accent immediately caught attention and he was a great story teller, a great conversationalist and he had a wit that would regularly have his audience in stitches.

While in ill health over the last number of years, he leaves a big legacy to his beloved town and a host of cherished memories.

In a tribute Tullamore GAA Club stated: “Dick was one of nature's true gentlemen on and off the field. He was an outstanding hurler and footballer and lined out in the full back and centre half back position in both hurling and football for Tullamore and in the left wing back position in both codes for Offaly. Dick won many hurling and football titles with Tullamore and has the special honour of being one of only two men to have captained senior hurling and football winning championship teams. The second was his neighbour Jimmy Flaherty. Dick was an outstanding dual player in our club and we remember him fondly. We offer our sympathy to Dick's wife Teresa and the Conroy family. Ar dheis Dé go raibh a anam dílis.”