Brave Offaly boy passes away after battle with illness 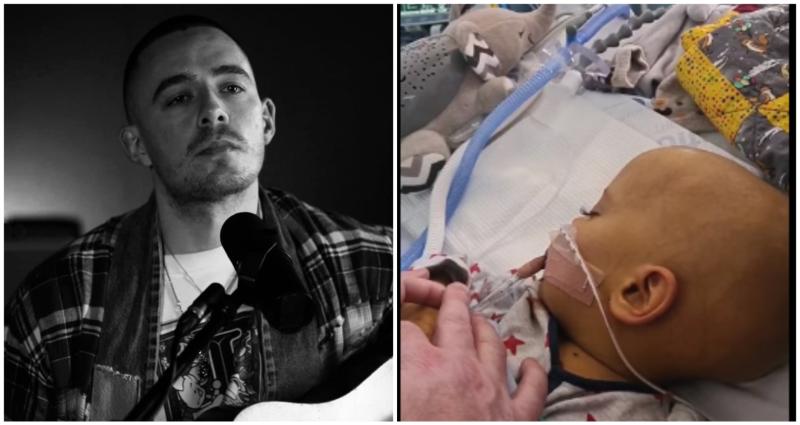 One-year-old Daire McDonnell from Edenderry has passed away after a battle with a rare illness.

The brave boy was flown to the UK for specialist treatment for a rare bowel disease in October but his family were told this week he was not well enough to undergo a further procedure  needed.

His death comes after his family reached out to singer Dermot Kennedy whose song 'Outnumbered' has been effectively the soundtrack of Daire's brave battle.

Dermot Kennedy confirmed on Sunday that he had made contact with Daire's family on Saturday. They had said beforehand that this would mean the world to them.

The young boy's parents, Derval and Vinny McDonnell, had played the song for Daire throughout his treatment in Ireland and the UK while friends and supporters played the track at various events and vigils held for Daire in the last year and a half.

Daire's parents played the song at Daire's bedside on Thursday night as they comforted their young son in hospital. You can watch the touching moment on the 'Our Amazing Fighter Daire' Facebook page HERE.

Daire was born with multiple atresia of the bowel and had been undergoing treatment since birth.

A number of fundraisers were undertaken in Edenderry and further afield to help with Daire's treatment. He was celebrated in the town as a little fighter and he showed that spirit to the end.

He was transferred from UK to Crumlin last Friday so his older brothers could spend time with him before his death.

Tributes have been pouring in for young Daire with the Edenderry community Facebook page posting: "Thinking of Derval, Vincent, Rian and Corey at this time. Heartbroken for you all. Fly with the angels Dàire you fought so hard a true little trooper to the end. God rest him."

May Daire rest in peace.