'Vital we see return of all cancer services' - Offaly TD 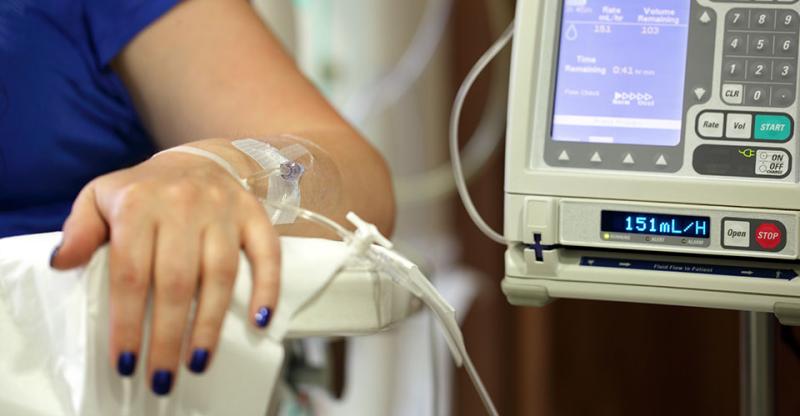 Independent TD for Laois Offaly Carol Nolan has raised the urgent need for an immediate reopening of cancer services and treatments that have been significantly impacted by Covid-19 restrictions.

Responding in the Dáil during Questions on Promised Legislation, Tánaiste Leo Varadkar said he thanked Deputy Nolan for raising the issue and that he too shared her concerns around the possibility of an increased number of secondary deaths as a direct result of the pandemic's effect on health services.

“This morning we heard Prof Séamus O’Reilly, consultant medical oncologist at Cork University Hospital, confirm that we urgently need a catch-up strategy to deal with the shortfall in diagnosis and treatment of cancer over the last year. The need for this is something that many of us have been advocating for quite some time. I am dealing with families and constituents who are distraught at the breakdown in service provision even for the most serious illnesses," Deputy Nolan said.

"The fact that the Tánaiste agreed with me is a positive first step and I want to welcome that. Hopefully, it will lead to meaningful action for cancer patients and their families who are preparing, like many others, to show their support for National Daffodil Day [Friday, March 26].

"I had raised similar matters with the Minister for Health just a few hours prior to my engagement with the Tánaiste. There I also stated that in Laois-Offaly, we almost have A Tale of Two Cities.

"County Laois is doing exceptionally well with a low incidence rate of Covid, while in County Offaly, there are reports of concern.

"What we need to see however is a clearer emphasis on localised figures and the possibility of reopening or relaxing rules at a regional or more local level.

"It is not good enough just to give us figures for the county. We need to put it into context. For instance; we have had 331 cases in Offaly over 14 days, but that is out of 77,000 people.

"These figures being churned out create much fear and alarm. We need to give people the facts and the context. I am concerned and I know people are doing their best.

"But businesses are at breaking point, often where they have done their best to put every measure that they could in place to ensure the safety of all. The roll-out of the vaccine has been less than satisfactory. I have received a substantial volume of calls from people in Offaly who are concerned about how this is creating a drag on chances of reopening.

"We have to find a better and more proportionate way to move on from April 5,” concluded Deputy Nolan.