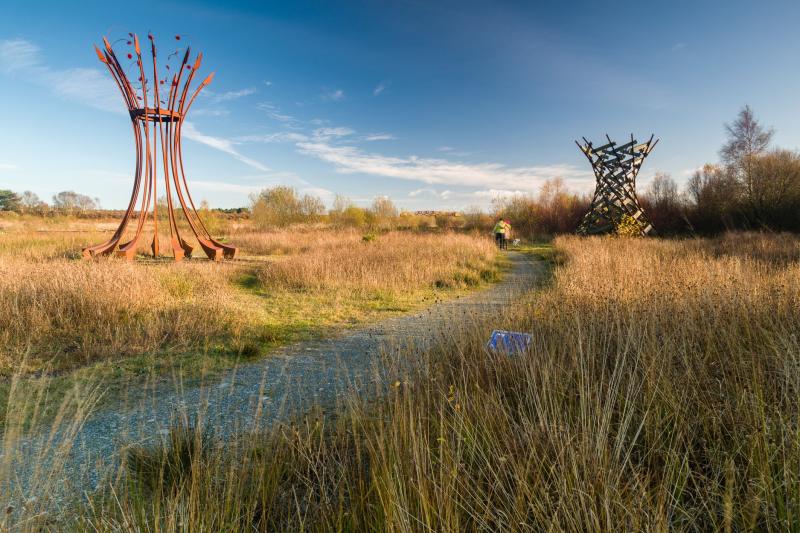 Offaly Tourism offered some insight into the progress in the county's tourism industry in 2020 and what is planned in the county for 2021 when the country comes out of lockdown restrictions.

Speaking at the monthly meeting of Offaly County Council, Olive Farrelly provided an overview of 2020 to the councillors where she acknowledged how difficult 2020 was for everyone especially the tourism and hospitality sector.

“We don't need a reminder of how difficult 2020 has been for everyone but for the tourism and hospitality sector, it has been particularly challenging. However in January 2020, we got off to a positive start with the securing of Operation Transformation to come to Offaly to film,” she explained.

March came along with lockdown and this time was used as an opportunity to advertise what was in the local area in the guise of competition with local media. In June, the tourism marketing campaign began to run different marketing campaigns with Failte Ireland and the county also featured on Nationwide during the summer months, the meeting heard.

According to the tourism officer, 2021 was “still uncertain”. “We are working to put a plan together. This plan is fluid,” she commented.

Noting the importance of the new website visitoffaly.ie, Olive stated people were being pushed back to the website and this was an “opportunity to do something in conjunction with offaly.ie”. The meeting then heard how there were some promotional videos in production as well as the news that Offaly will feature as part of a new American TV production, a travel magazine aimed at the US market. “We feel the international market when it does come back in 2022, the North American market will be the first to come back particular when planning long terms for holidays,” she continued.

Noting the Slieve Bloom trails, Ms Farrelly said that work was progressing on the trails while the plans for the Grand Canal Greenway were moving forward with the meeting of the first steering group linked to this project to happen shortly.

Responding to the report, Cllr John Carroll, an Cathaoirleach of Offaly County Council, admitted it was one of the “most challenging years” facing tourism since the foundation of the state. “I think there are some wonderful promotion initiatives done there including television. There is huge positivity in the county and we have a huge product to sell and you are doing a great job,” he enthused.

Promotion of Grand Canal
Cllr Sean O'Brien also welcomed the report before voicing some concerns that the Inland Waterways Association of Ireland, who have an “active Offaly branch” were concerned they weren't being consulted enough or were being “somewhat excluded from promotion in relation to the canal”.

“I feel more promotion is needed. It seems to be river Shannon orientated. I feel I would like to see some consultation with this Association. These are people with a fantastic experience and have great interest.... You might keep that in mind and make contact with them.” he continued.
Replying to Cllr O'Brien's concerns, the tourism officer said that she would make contact with the group.

Cllr Eddie Fitzpatrick pointed out that perhaps, there wasn't enough emphasis on the Edenderry area taking in Portarlington. “I am interested in how the Derryounce lakes and trails in Portarlington that straddles the Laois and Offaly border fits in. This is something that is trying to be developed at the moment i.e a mini Lough Boora. There is a lot of investment and funding being allocated for this project. There is huge potential in the area for visitors and to attract numbers. There is also an opportunity to link into the Grand Canal walks and the Mountlocus wind farm. There is a huge area that's attractive for tourism here,” he outlined.

Ms Farrelly confirmed she was aware of the project but that she understood it was not yet completed. “It is important when developing products, not to bring them to the market until they are ready...... We will look at it again when it's completed,” she explained.

Cllr John Leahy raised concerns over the maintenance of Lough Boora after the withdrawal of Bord na Mona. “Where is that going at the moment and would you have concerns about maintaining the cycle routes,” he questioned.
Cllr Eamon Dooley, later, raised the issue of parking at Lough Boora and who was going to deal with issues pertaining to the area when Bord na Mona withdrew.

Work during lockdown will pay 'dividend'

Cllr Tony McCormack complemented Offaly Tourism and the work they have carried out. “This work you have done during lockdown will pay dividend when people can start moving around again,” he enthused.
“The two new attractions, the bike trails and the greenway, both a huge success, will add to healthy living and will bring tourism numbers up over the coming years. They will be a huge success.”

Cllr John Clendendenn noted how the tourism promotion in the county had come on in “leaps and bounds” in particular with regard to forward planning decisive greenways and cycleways. “This is the skeleton and now we need to put some skin and organs on top of it in terms of our facilities when people arrive at these locations, they need information including directional signage and public toilets.”

The Fine Gael councillor continued: “I think we need to have an emphasis and focus on the likes of public toilets, information and directional signage and devise multiple routes for cycleways around the county. I think we have a lot of focus on mountain bikes and greenways but I think we can also take advantage of road cycling and linking up the towns and villages.”
He also voiced some concerns about the maintenance and management of litter along the bike trails with the increasing number of visitors. “This is something we are going to have to address very soon,” he added.

According to Cllr Clendennen, everyone across the tourism sector in Offaly needed to get involved. “We are not getting full engagement from the sector across the county. We need to have everyone at the table and have their voice heard. We need to set aggressive goals over the next two years as we say goodbye to Covid. We have proven within the county that we can attract visitors and can have promotional campaigns but we need the entire sector to get on board and get behind it. It's well worth it and we can see this sector flourish more over the years,” he said.

Cllr Peter Ormond said that when the county looked at what it has achieved, it should be proud. “There is a masterplan for the Shannon. There are some good initiatives in there and something that we can work on,” he said.
Noting Banagher, the Fianna Fail councillor said that there was a “tremendous opportunity” to work with other agencies to get funding to ensure there was something really good to offer when people visit that area. “I think we have made tremendous developments over the years. It's working really well and I am looking forward to working with Offaly tourism to ensure that we are in a good position,” he continued.

Anna Marie Delaney, Chief Executive of Offaly County Council, then thanked the tourism officer for her work. “It has been a difficult year but I think that she has utilised her time well to plan for when we do reopen. We are working across a number of Failte Ireland brands and we are utilising both of those to try and maximise the promotion of the county,” she added.

Stephane Duclot, the new Director of Services, thanked the tourism officer for her “comprehensive report”, which showed the level fo work done. “We will take into consideration what was discussed with the members. I am sure we are going to face further challenges this year but I do think we are very well prepared and well-positioned,” he concluded.