WEATHER FORECAST: Met Eireann forecasts cold snap on the way for Ireland in the coming days 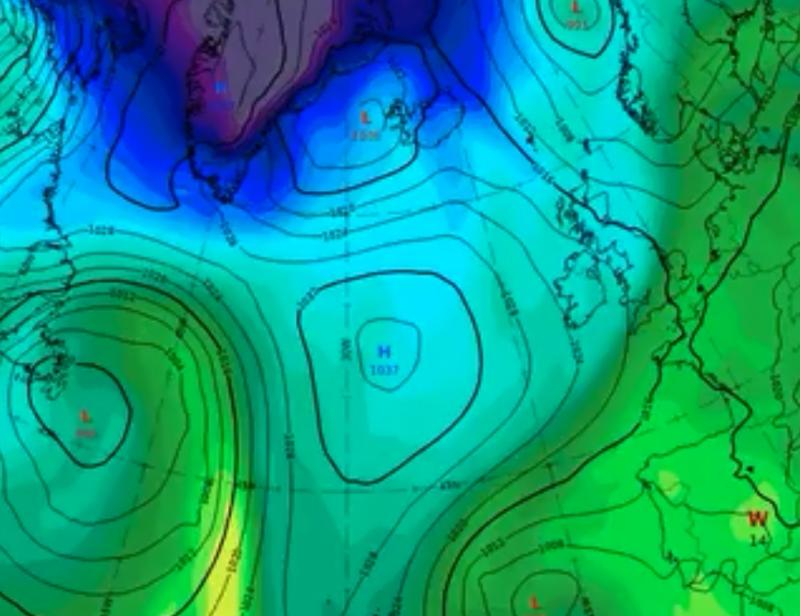 WEATHER FORECAST: Met Eireann forecast cold snap on the way for Ireland in the coming days

Ireland is set to see a cold snap in the weather in the coming days but Met Eireann says it will be short lived with a return to milder conditions over the weekend.

The weather forecast for Ireland for Thursday from Met Eireann says that the morning will see outbreaks of rain in the west and north which will drift further eastwards before easing for a time. Further showers or longer spells of rain will move into Atlantic counties through the morning. Showers will become widespread and more frequent in the afternoon, mixed with bright spells. Highest temperatures of 10 to 13 degrees in moderate to fresh and gusty southwest winds, increasing strong at times on Atlantic coasts.

Thursday night will be wet with rain spreading eastwards across the country, becoming heavy at times. The rain will clear overnight with colder, clearer conditions with scattered heavy showers of rain, hail or sleet. Lowest temperatures of 1 and 4 degrees with fresh, gusty south to southwest winds, becoming westerly as rain clears.

A short-lived cold snap on the way for Friday but there will be a return to milder conditions ️ over the weekend and especially for early next week. https://t.co/9gKN6SVok4 pic.twitter.com/st7nRH0Jha

The weather forecast for Ireland for Friday from Met Eireann is for the day to be cold and blustery day with sunny spells and widespread heavy showers of rain, hail or sleet and with a risk of isolated thunderstorms. Highest temperatures of just 4 to 8 degrees with fresh, gusty westerly winds. On Friday night, showers of rain or sleet will continue for a time, but will become confined to Atlantic coastal counties later in the night. Lowest temperatures of -1 to 3 degrees with frost in many areas.

According to the latest Met Eireann forecast, Saturday will start mainly dry with sunny spells. During the day, rain will develop in the west and will spread eastwards throughout the country and it will become very windy also. Saturday night will be wet and very windy at first but the rain will clear overnight and the southerly winds will become southwesterly and moderate somewhat.

The weather forecast for Ireland for Sunday is for the day to be breezy with sunny spells and showers spreading from the west to all areas. Longer spells of rain will develop in the evening and night. Highest temperatures of 8 to 10 degrees with fresh, gusty southwest winds, becoming strong near west and northwest coasts.

The early days of next week will continue unsettled with further spells of rain or showers and will be milder.