WATCH: Shane Lowry holes spectacular eagle and is right in the hunt at the Honda Classic 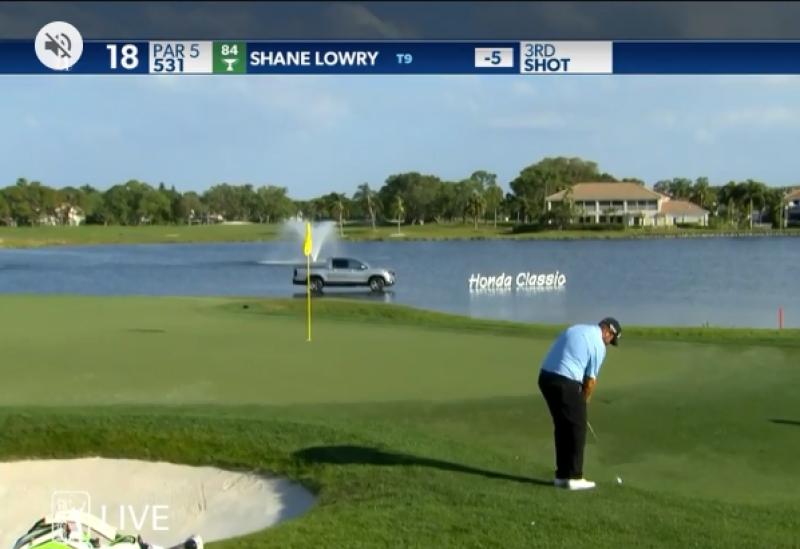 WATCH: Shane Lowry finishes round with spectacular eagle and is right in the hunt at the Honda Classic

Shane Lowry is right in contention at the Honda Classic on the PGA Tour after another strong round on Friday.

He shot a four under par 66 with finishes round with four birdies, two dropped shots and he finished with this spectacular eagle on the 18th hole using his trademark skills around the green.

He is in a tie for fifth place on seven under par going into the weekend with American Aaron Wise leading the way on 12 under par.

Shane found his form last weekend at The Players Championship and that is continuing this week.

He is back on course at 5.25pm Irish time today alongside Russell Henley.