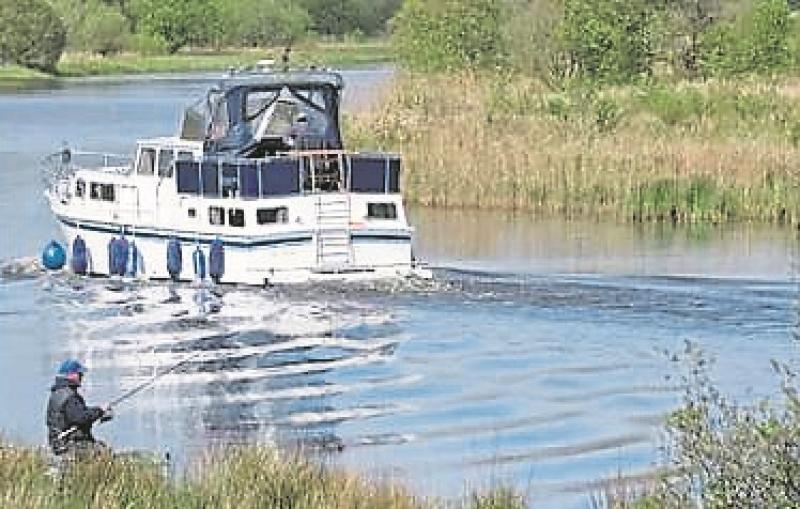 A Shannon tourism masterplan to invest more than €70 million in visitor facilities in the Shannon river region by 2030, was launched recently.

The masterplan is to play a major part in the 'Ireland's Hidden Heartlands' campaign, which aims to attract 500,000 tourists a year to the region by 2030.

The Shannon forms the spine of Ireland's Hidden Heartlands and embraces the heart of the country from Leitrim soutwards to Lough Derg, extending through Roscommon, West Cavan, Longford, East Galway, East Clare and parts of Westmeath, Offaly and Tipperary.

The masterplan was commissioned by Waterways Ireland in partnership with Failte Ireland and is supported by ten local authorities, which border the Shannon from Cavan to Limerick and was launched by Minister for Tourism, Catherine Martin and Minister for Local Government, Darragh O'Brien online with John Mc Donagh, CEO of Waterways Ireland and Paul Kelly, CEO of Fáilte Ireland. on Tuesday, March 2 last.

The strategy divides the Shannon into three regions, where strategically linked development will take place. In the mid-Shannon area which covers into Offaly, the masterplan envisages exploitation of the Rindoon, medieval walled town on the Roscommon shore of Lough Ree, with additional tourist facilities at Leacarrow and Portrunny. On the Co Longford side of Lough Ree at Red Bridge, Ballymahon, there is to be a new water-based activity hub. In Athlone it is planned to develop a slipway at Golden Island for boaters, canoeists, and anglers. Eight new cruising berths and canoe access at Athlone Railway Bridge will also be provided along with the promotion of the monastic site at Clonmacnoise and a link to the Lough Boora nature park, just outside Kilcormac.

On the lower Shannon a redevelopment of Connaught Harbour in Portumna, Co Galway is planned with additional berths and greater walking and cycling routes linking the harbour to the centre of the town. It is also proposed to develop tourism facilities on Holy Island on Lough Derg. The visitors’ centre at Ardnacrusha is to be redeveloped in cooperation with ESB.
In all there are more than 140 separate developments mentioned in the plan. The masterplan envisages the development of nine “remote” moorings, split evenly between the north, middle and lower Shannon to allow boats to moor in a water body, away from harbours or towns and villages.

Locally, Banagher is also highlighted as an important sub regional town in west Offaly, “providing a well-developed centre for boat traffic along the river Shannon between Clonmacnoise and Portumna”.

The plan stated: “Offaly County Council has recognised the importance of the river Shannon-Clonmacnoise nexus and is exploring options to encourage the development of additional visitor services such as a 'park'n'float' and/or bike hire through a visitor management plan for Clonmacnoise,” the plan noted. 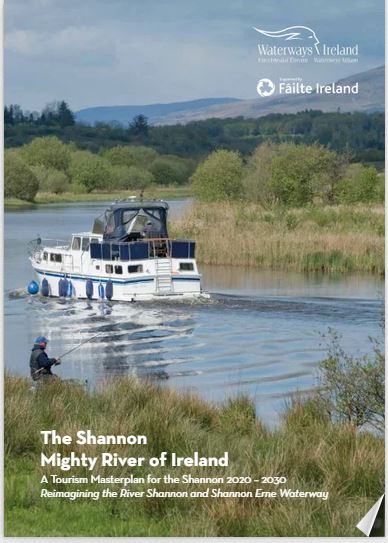 For the masterplan, there is also scope to develop a green/blue off road network “within, between and across” wet and wild peatlands for an exceptional visitor experience. Subject to partner agreement, there's “significant scope to develop a world class, outdoor 'access to nature' experiences in this expansive area. Linked to research, education and summer schools on positive climate mitigation measures”.

“Lough Boora Discovery park focused on exploration of Offaly's boglands, attracting over 100,000 visitors annually, is an excellent model of a creative approach that is well integrated with the local community,” the plan stated.

All developments are to be environmentally proofed, with a long term ambition to have Lough Ree declared a national biosphere. They will according to Minister Catherine Martin offer “ a range of ways to be active in nature in a sustainable manner”.

The masterplan includes a list of more than 20 potential sources of funding including the Government’s investments in cycling and walking, community and rural development funds, community grants, among others. It is planned that using the vast majority of new facilities would be free. User charges will continue to apply to Waterways Ireland showers and laundry blocks , and operation of locks and bridges.

Minister for Housing, Local Government and Heritage Darragh O’Brien said: “Waterways Ireland and the Local Authorities with Fáilte Ireland, have worked effectively to develop this Masterplan for the Shannon Region which will over the next 10 years, with the support of my Department, deliver a series of projects impacting on the economy and jobs whilst protecting and enhancing the valuable environmental, social and cultural values of the Shannon."

"I welcome this launch, coming at a time when the tourism and hospitality industries need support to reboot and I look forward to working with my colleagues across government to support its implementation.”

“I welcome the publication of this plan today as its successful delivery will create a haven for on-water and off-water experiences offering a range of ways to be active in nature, in a sustainable manner. By inviting the visitor to slow down, stay longer and to engage with local heritage and communities Fáilte Ireland, Waterways Ireland and the Local Authorities will support the creation of unforgettable holiday experiences that will benefit local businesses and communities on, and surrounding, the river.”