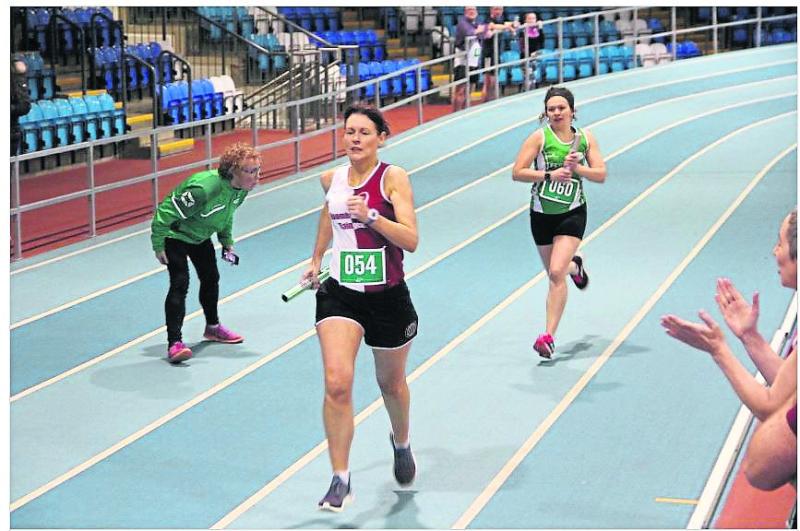 This above photo depicts Marion perfectly. Her passion and encouragement of our athletes was second to none TT1034GS

Ferbane Athletic Club and Ferbane Parish are still coming to terms with the loss of Marion Feehan earlier this year.

Marion is a huge loss to the club and community. Marion’s passion and dedication to the development and growth of Ferbane AC will never be forgotten.

Marion followed in the footsteps of her father Hugo Smith. Hugo founded Ferbane AC in 1976 and he was the main driving force behind the Club for over twenty years. With Hugo's untimely death Marion took over from him. Marion herself was our club secretary for over twenty years and worked tirelessly in her efforts to promote the club.

Most athletes in Offaly and further afield would be familiar with the long running Hugo Smith Memorial Road Race which Marion and the Committee in Ferbane AC have seen growing over the years, from 100 people to 375 in 2019.

For over thirty years Ferbane AC was a Juvenile Club with only two to three senior members. However, in recent years with the recruitment of senior & master runners, Ferbane A.C. has grown a strong adult club and it gave Marion great joy and satisfaction to see the Club compete at County, Leinster and National Senior & Masters level with great success.

Sport was a big part of Marion's life competing in badminton and athletics. Only last year at the National Indoor Championships did Marion herself bring home gold for shot put.

She was at her best when developing young athletes let it be in shot put or long jump or trying to encourage juveniles to compete in Cross Country. She tirelessly supported juveniles in this regard. She was extremely organised, never forgot a name and could always recognise talent in a chid. She supported all children, encouraged them, and always made them feel confident before a race. “I told you, you could do it” was a phrase uttered many times to all the children.

All children were made feel important and all children got the same attention. For this and for countless other reasons we thank you Marion.