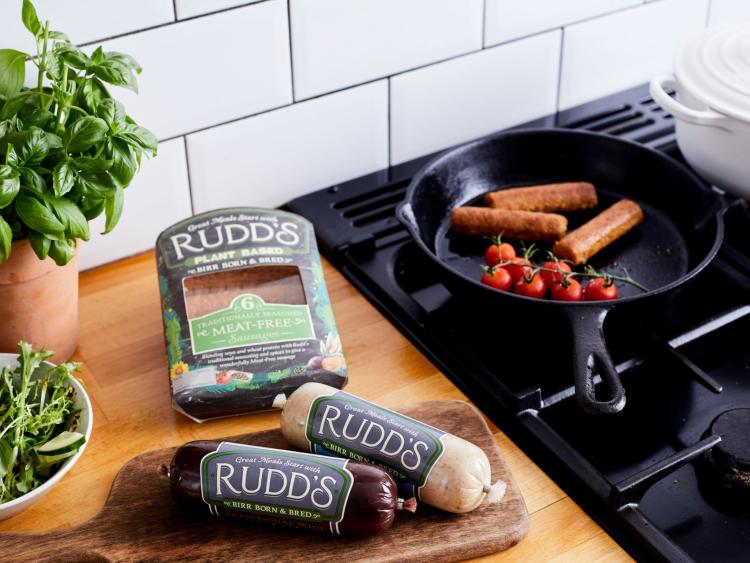 Already renowned for their tasty range of high quality meat products, Birr based company Rudd’s has now launched a new range of 100% plant based meat-free sausages and black and white puddings.

This vegan and vegetarian friendly range is available in Tesco, Dunnes Stores and SuperValu nationwide. As you would expect from the award-winning Offaly brand, these tick all the boxes, great taste, low in saturated fat and high in protein. 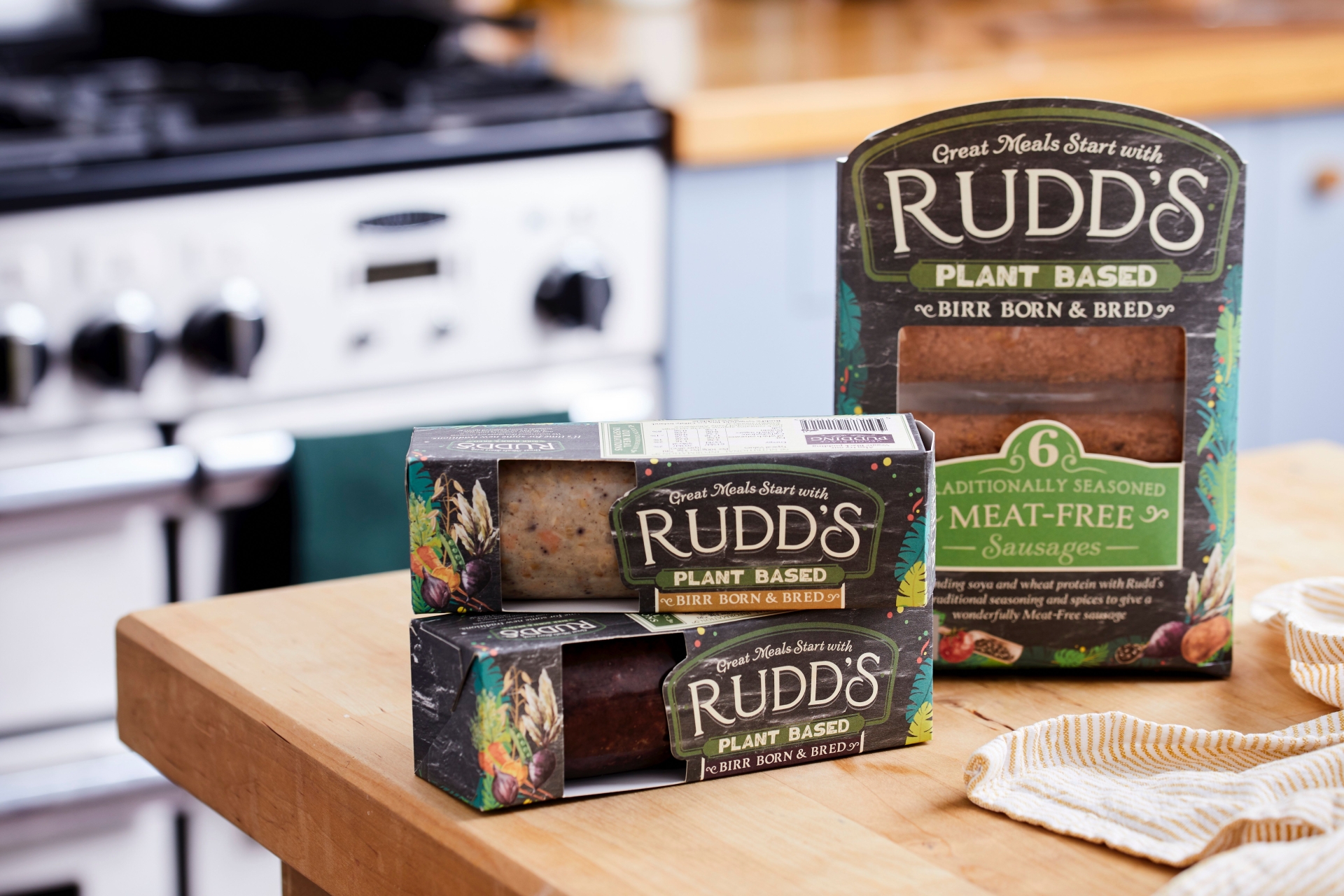 Food traditions, tastes and preferences are changing, so Rudd’s created this plant-based range, perfect for a meat-free breakfast, a spring salad, dinner or those trying to following a healthier regime. The various ingredients in the range include blends of vegetables, barley, soy and wheat protein, as well as the signature Rudd’s spices and seasonings, for a delicious meat-free alternative with no compromise on taste or texture.

Rudd’s tradition of excellence saw it take home Gold at the 2020 Blas na hEireann Awards for Rudd’s Extra Thick Sausage, and this new plant-based range promises to be just as impressive!