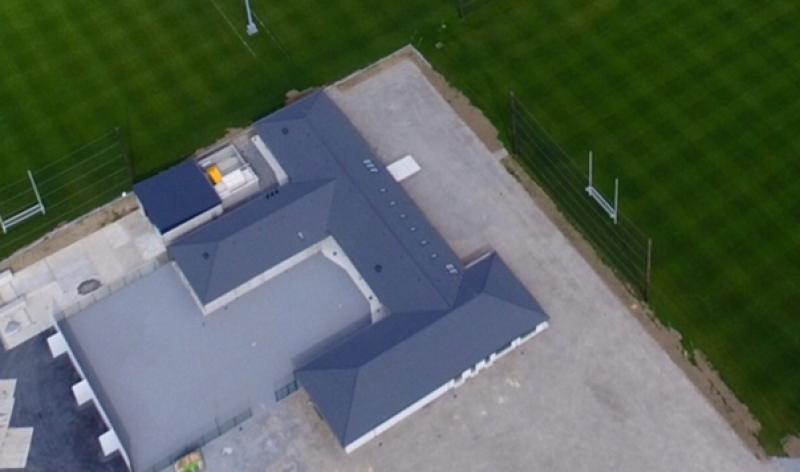 Question marks over location of Covid-19 vaccination centre in Offaly

THE HSE has yet to formally designate the Faithful Fields GAA complex in Offaly as a mass Covid-19 vaccination centre, despite signalling the move nearly a month ago.

While a decision on the venue in Kilcormac is awaited, the HSE has also considered other locations, including two sports grounds and a hotel in Tullamore.

When he announced details of 37 locations for Covid-19 inoculations last month, Health Minister Stephen Donnelly did indicate that contracts for a number of them had not been finalised, including the Offaly GAA training centre.

Offaly GAA chairman Michael Duignan told the Tribune on Monday that HSE officials had visited the Kilcormac venue prior to the national list being drawn up.

“A number of people from the HSE visited again a couple of weeks ago and did a very thorough review of the facilities out there and we've had a little bit of consultation over and back since but we haven't had any formal decision on whether they're going ahead or not,” said Mr Duignan.

The HSE are understood to have been attracted by the Kilcormac facility because of its central location in Offaly, ample parking and its large indoor spaces, including the gym, which would be used to administer the vaccines.

Mr Duignan said discussions took place in relation to the potential length of time the venue would be required and the GAA believed team training, when it resumes after a relaxation of restrictions, could take place outdoors in the fields while vaccinations were ongoing.

Tullamore Harriers chairman Tom Beatty said the athletics stadium was visited by HSE representatives a few weeks ago.
“The HSE rang us and asked could they have a look at the building. They looked at it with a couple of us and after that we didn't hear any more and we haven't heard anything back yet,” said Mr Beatty.

A HSE spokesperson said on Monday night that a contract had not yet been agreed for a mass vaccination centre in Offaly.
It is believed just three of the 37 venues are operational and they are all located in cities, with Dublin and Cork joined by the Ballybrit racecourse in Galway.

The Government had indicated a target of one million vaccinations a month and that would involve having the mass vaccination centres up and running about a month from now.

Meanwhile, there is ongoing concern about the vaccination registration and administration system, with one information technology (IT) expert telling the Tribune that a reliance on “pen and paper” is causing unnecessary delays.

An online vaccine registration portal for healthcare workers has been put in place but when staff are receiving the jab, they were asked to fill in a screening form by hand on-site.

Individual cards with vial numbers on them were also being used for those receiving the jab and the IT industry expert, who is a close observer of the system, said there is a lot of “needless administration which should have been digitised”.

“In Israel this process takes less than five minutes as they use a digital booking system,” they said.

It is feared there will be “chaos” if an attempt is made to replicate those arrangements when thousands of people are being vaccinated at a single venue on a single day.

A contract was agreed with IBM and Salesforce to develop the online registration portal and a HSE spokesperson confirmed its estimated cost is €8m.

“In response to the global pandemic and the monumental drive to develop a vaccine for Covid-19, the need to deliver a new IT system for Covid-19 vaccination has been deployed within weeks, rather than months as would be normal with similar systems,” the spokesperson said.

The new IT system provides “a complex end-to-end solution to support the organisation, management and recording of vaccinations for Ireland’s population of approximately 4.98m people”, and the spokesperson added: “The speed of deployment of such a large system is unparalleled in any sector.”

Critical elements relating to the recording of vaccinations and recipients were in the first deployment of the system and additional features are being added incrementally.

The self-registration portal which allows registration and consent to be recorded also went live for acute staff in mid-January, along with the GP element of the portal.

An updated version of the portal was launched on February 8 to accommodate “additional sub-cohort data and general improvements in the portal flow following feedback from staff”.

“The system is functioning well and supporting staff during the vaccination process in every setting. A wide range of users have used the system including HSE vaccinators, GP vaccinators, vaccination admininstration staff and healthcare workers who have used the portal to self-register. Feedback has been broadly positive and informs software improvements.”