He has his sights set on Formula 1 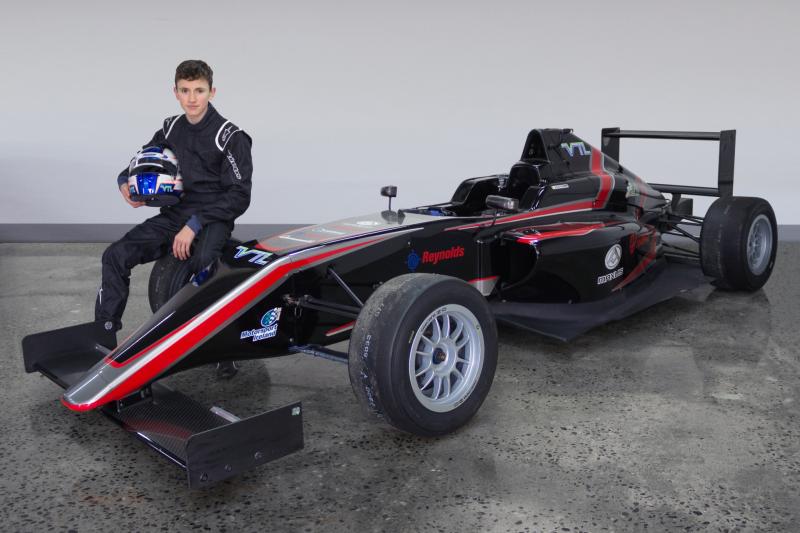 15-year-old Alex Dunne has this week announced that he will make his car racing debut in 2021, driving for Pinnacle Motorsport, the hugely successful Irish team with bases in Kildare, Malaysia and China.

The Offaly teenager will begin his quest to become a Grand Prix star in the Spanish F4 Championship, part of the FIA's global feeder series for International Formula 3 and the recognised first step on the road from Karting to Formula 1.

Having spent a number of successful seasons in European Karting, the Clonbullogue youngster is now ready to make the move to car racing and will do so with the support of Motorsport Ireland's new Race Academy.

Preparations for the season are well underway with Alex's F4 car already being prepared at Pinnacle's Kildare base for its first shakedown run before the team travels to Spa Francorchamps in Belgium for the first test of the season in early April.

Pinnacle Motorsport is run by former Irish Champion and Asian F3 race winner John O'Hara and the team has a wealth of experience competing at all levels across Asia, including race and championship wins in Asian F3 and F4. Driving for Pinnacle will be the perfect start for Alex as he is already familiar with the team personnel and he will be the teams' sole driver in the Spanish F4 series.

The Spanish Championship is one of a number of regional FIA Formula 4 series which have been designed to provide Kart racers with the perfect first step into car racing and it should see Alex going head to head once again against a number of his old Karting rivals.

The series will take the drivers to three current Formula One venues as they travel around Europe, beginning in April with Spa, the home of the Belgian GP. The seven-event calendar will also include trips to the Portuguese Grand Prix venue, Portimao, and November's season finale in Barcelona.

The move from Karting to car racing is always a challenge for young racers but Alex is looking forward to getting to grips with his new car and is happy with preparations so far.

"I've been doing a lot of work over the winter, with my physical training and also learning the tracks through sim racing, so I'm ready now for the real thing. This is a very exciting step especially with racing at such amazing venues as Spa and Portimao," he said.

"The team will be a great fit for me as I know John already and I know he will help me to learn the car and achieve my goal of challenging for race wins and the championship.

"A lot of work has gone into putting this season together and I have to thank all of my backers, Motorsport Ireland, VTL, Harris, Maxus, Reynolds, Artisan and NEA Designs as without their support I would not have this opportunity. I just want to get started now and I can't wait to get back racing."

Speaking about the season ahead Pinnacle Motorsport team owner John O'Hara said. "We've been following Alex's progress at the highest level of Karting over the past couple of years so we are really looking forward to working with him as we tackle the Spanish series for the first time. We've had a lot of success in Asia and we are aiming to replicate that in Europe with Alex.

"Initially, it will be about building Alex's experience and confidence in the car but by the end of the season, we will be aiming to challenge at the front and win races.

Alex Dunne's Spanish F4 campaign starts with Rounds 1, 2 and 3 on April 24 and 25 and his progress can be followed on the championship's live stream on www.f4spain.org.