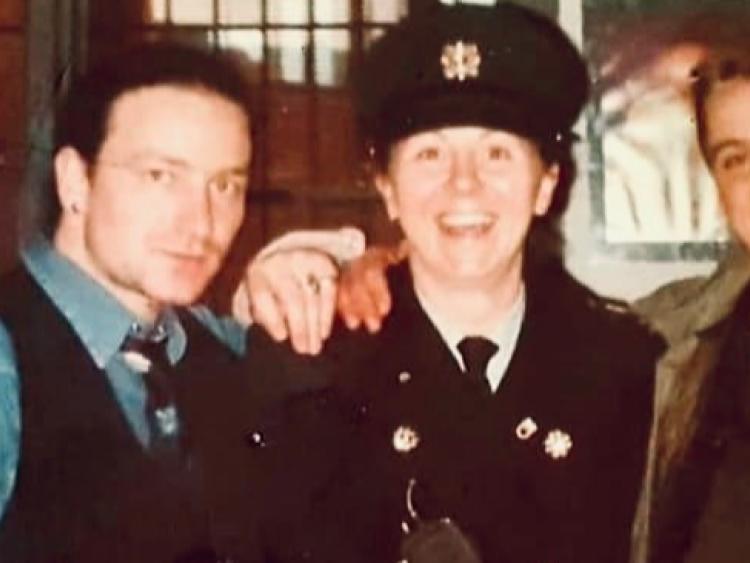 It didn't take long to track down a garda photographed with rockers U2 way back in 1989 after an online appeal.

Windmill Lane Studios published the photograph of Bono and drummer Larry Mullen at the studio 32 years ago on Sunday evening.

People began commenting about the snap taken in the band's early days before the unnamed garda herself turned up in the comments section.

"Hi there, that’s me," Birr's Joan Hogan commented, adding that the snap was "taken a long time ago."

One commenter replied: "That's definitely one for a frame and put somewhere safe."

Evey Sully commented to Joan: "I just posted this photo the other day in a U2 fan club, my friends and I were at the studios chatting with you that day and Larry invited you in, and you got a lend of the camera from my friend to take the photo as far as I remember. It's one of my favourite photos."

Joan replied: "Yes, that’s right, never got your friend's name and she was so kind to post the photo to me."