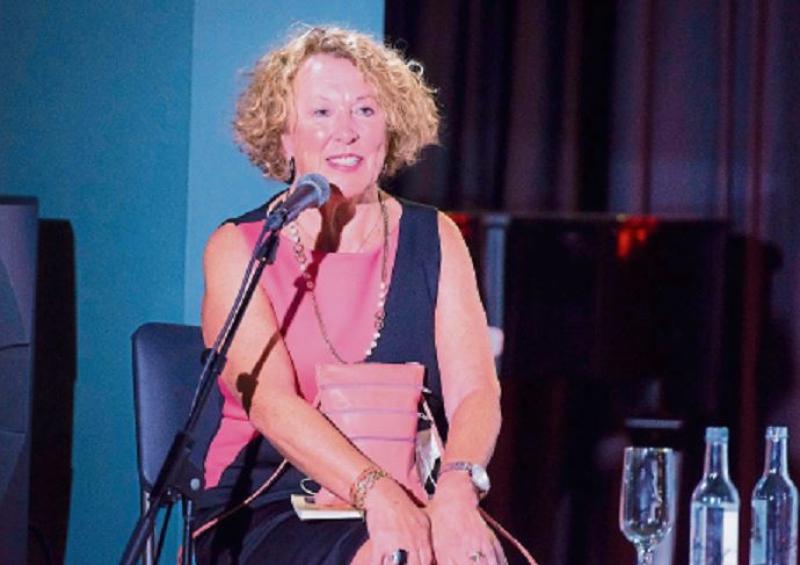 THOUSANDS of people all over the world are viewing a live stream of musical and vocal performances set up by the Brewery Tap pub in Tullamore.

In an effort to keep spirits up during the Covid-19 pandemic, the 'Monday Night Tap Session' has brought together singers, poets, musicians and much more, all from their own homes.

Those who join the session on Zoom were especially taken by a poem written and recited by Frances Browner, Greystones resident and relation of Tap proprietor Paul Bell.

Frances' mother was Sadie Bell from Cloghan and the writer spent all her childhood summers in Offaly.

She wrote 'Look Out For The Helpers' last spring at the start of the pandemic but it is “just as relevant today”, she told the Tribune.

The poem was inspired by a quote from Mister Rogers (a popular American TV show for children dating from the 1960s).

Fred Rogers' mother told him, Frances says, that he should “look for the helpers, you will always find people who are helping”.

“I thought of all the people who are tirelessly helping us get through this time. Especially Pat Shortall's girlfriend, Lora Lee Painter-Jagodinski, a healthcare worker in Minnesota who sits in on our Monday night Zoom sessions from the Brewery Tap, just to hear him sing.

Frances has been singing and reading poetry since the first night, April 23 and the livestream on Facebook began on June 1 and now reaches up to 7,000 viewers all over Ireland, the US, UK, Canada, Australia, and Europe.

“My biggest audience ever for my poems,” says Frances.

Her collection, Roots & Wings was launched in December 2019 – log onto https://limerickwriterscentre.com/product/roots-and-wings/

Here is the poem by Frances which impressed everyone so much -

Look Out For The Helpers

The man at the door in Supervalu

who won’t let anyone go in before

or after me; who points at the hand

I thanked him for coming to work.

The young boy stacking the shelves

so as I can have plenty of what I want

who reaches up to the high one for me.

I thanked him for coming to work.

The girl in the pharmacy who advised

Paracetamol plus, should I get a fever

and smiled when I also bought hair colour.

I thanked her for coming to work.

The dental receptionist who rang to know

if my tooth was hurting, if it was alright

to change my appointment, to pencil me

I thanked her for coming to work.

The truck drivers who assure us there is

plenty of food; no need to panic buy; who

promise to deliver every day, as always.

I thank them for coming to work.

Healthcare workers who tend to our sick

comfort our dying; undertakers who lay them to rest.

Gardai, firefighters, who keep us safe;

cleaners who clean our space; childcare who

care for your children so you can care for us.

musicians, and your crews. Poets, writers

Scientists to develop a vaccine. Parcel

Volunteers giving up their time.

Public transport getting us there just fine.