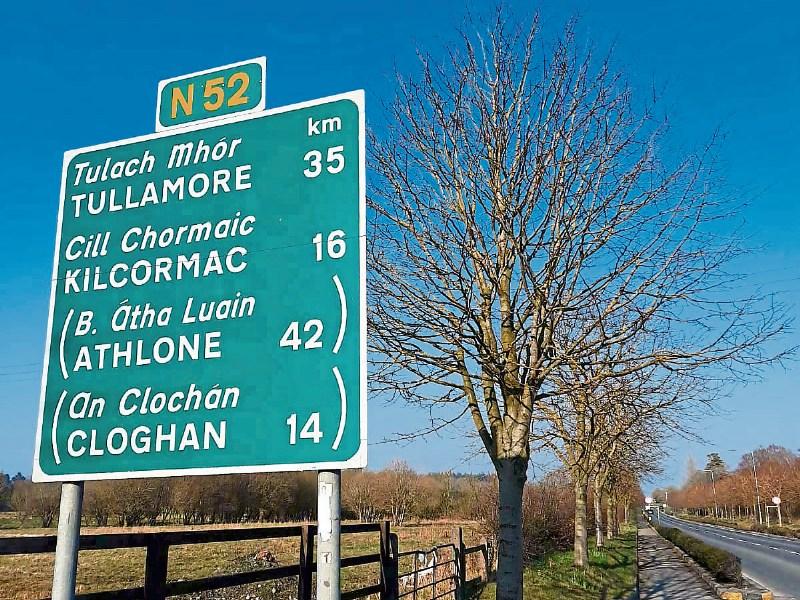 Pedestrians feared someone was going to be killed due to the speed of some motorists travelling on a busy road, outside Birr last week.

The Tullamore Road, Birr is a busy route into the town and concerned pedestrians, out walking along the road last week, contacted the 'Tribune' to express their concerns about road safety after witnessing what they described as “cars doing incredible” speeds along the road one evening.

Speaking to us last week, one pedestrian described how he was out for a walk around 8.30pm along the Tullamore Road in Birr on Thursday, February 25 last when he along with others witnessed cars doing what he believed were speeds of up to 120 kph in what is a 80kph zone.

Describing the scene as a “race track being made out of the road”, the pedestrian pointed out that it appeared to have been “an organised event”. “If one of those cars had gotten out of control, someone was going to be killed”, he remarked.

According to the witness, there was "no social distancing and they were parked bumper to bumper” at a nearby filling station, which was closed at the time". “The event went on for over half an hour,” he added.

It is understood the Gardai were contacted regarding the incident as pedestrians became alarmed because of the speeds the vehicles were travelling. “Everyone was out walking and people there were afraid. What happened if one of those cars got out of hand and went in over the bollards and killed someone, who was just walking along the nearby footpath,” the concerned pedestrian said.

“There are a lot of people walking due to Covid-19. I just couldn't believe it. People were also trying to come out of Lidl as well at the time. They were lucky they got away with what they got away with that night. It was unbelievable behaviour and something needs to be done about it,they continued.

Meanwhile, if you have concerns about speeding in a locality, please contact your local Garda station.