Offaly engineer promotes STEM to female students from across the globe 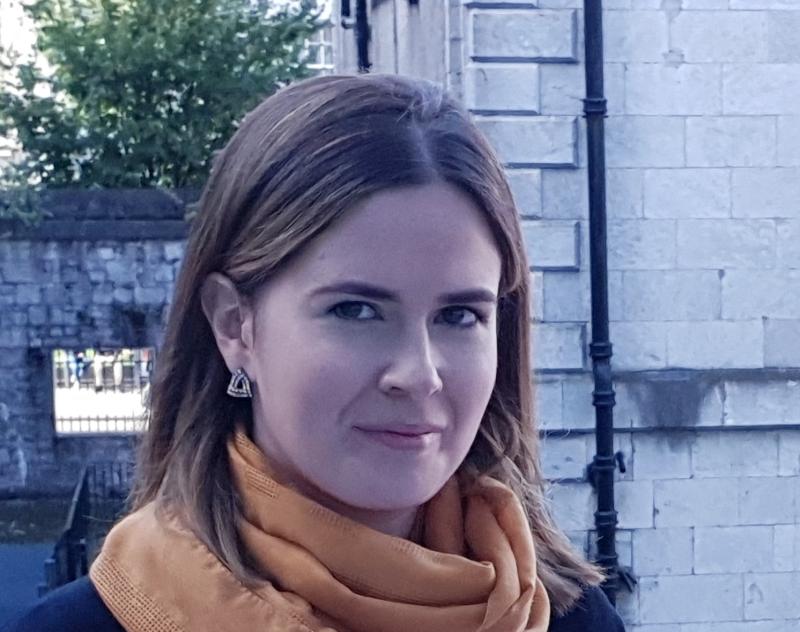 Over 10,000 young female second level students from across Ireland and further afield have registered for I Wish, an exciting free and virtual event with world class speakers to promote and foster a passion to pursue careers in STEM (Science, Technology, Engineering and Maths).

I Wish is a social enterprise committed to showing the power of STEM and is online for the first time on March 4. This has opened it up to a wider audience across Ireland and internationally with the highest registrations yet. Speakers this year include Mary Robinson, former President of Ireland, Anne O’Leary, CEO of Vodafone, Marion Buchet, a French fighter pilot, Brenda Romero, an American Bafta-winning video game designer and developer among a host of other inspirational women working in STEM across some of the biggest businesses in Ireland and the world.

One of the I Wish speakers also includes Una O'Grady, from Birr. Una is a Senior Civil Engineer on Arup’s Energy team. She has spent over eight years delivering energy and sustainability projects in Ireland and abroad and is particularly interested in making the energy sector more sustainable. She returned to Ireland in 2018 and is currently working on projects to transition the energy sector to lower carbon emissions and help meet climate change targets.

Una is looking forward to speaking to the students at I Wish about the opportunities STEM offers to solve the challenges we face today. While logic and reason are important skills for engineers, Una believes that showing empathy and striving to make people’s lives better are crucial to have a successful career in STEM.

In 2019 and 2020, the Birr native manned Arup's stand, along with other staff members, and made herself available to the young students, fielding questions and comments at Cork City Hall event.

However due to the Covid-19 pandemic, the event had to move online and Una was asked to be one of the speakers at this year's event.

Asked why focused events like this are important for female students, Una believes that one of the main reasons is that there is often a lack of role models for young women.

“So, it can be hard to see yourself in a position if you can't look to someone else in that position and identify with them. Even making yourself available and putting yourself out there as an engineer or anyone working in STEM. Being able to see that as a young girl, coming up through school, it says to you that you can be there. You can see yourself. That is probably one of the main things, I feel these events are important.”

“Also, I do think there is a secondary thing and it is linked to this. Oftentimes, young women don't have the confidence to push themselves that little bit and try and get into, sometimes what can be perceived as a career that traditionally women wouldn't have held and because of that these careers are perceived as more challenging."
"I think to say to any young girl that you can do this, is the real push that they might need. Also, it is something that I love doing. I love being an engineer. I think it is such a valuable role to have in any community. And, to try to share that with any young person is very important.”
Having gone through secondary school in St Brendan's Community Birr and then on to study in the University of Limerick, Una agreed that more needs to be done to support young female students into STEM careers.

“I believe that it starts very young. You have to start developing that interest at a very young age. Even playing with the right types of toys, for example, teaches you spatial awareness, mathematical skills, problem solving skills. Making those types of toys available to young girls. But also, layering that on top of actually supporting young girls in choosing subjects that will lead them into this type of career.”

Una herself says that she was “lucky enough” to go to the Community School where she had access to a wide variety of subjects that “help you build that skill and grow in confidence” and then bringing that forward to a university degree or whatever third level education that a student might choose.

“Perhaps, it is something that also needs to be reinforced by parents, by teachers, by role models through this type of event and also right up to taking on graduate students,” she continued.

Pointing to the company she works for, Una said Arup has a fifty/fifty hiring policy in terms of graduates.

“They will always try to hire fifty percent male and female graduates in every intake every year. They also do other broader diversity and inclusion measures too as well. I do think that this is important at that level, to try and bring as much representation into engineering companies or any STEM company from this kind of entry level position.”

Giving some final thoughts, Una strongly advocates the importance of having as broad a range of perspectives as you can when you are trying to solve some of the most difficult problems facing humanity. Giving her own job as an example where she works in the energy sector, Una explains: “Trying to look at non fossil fuel based energies, renewable energies. How do you bring those on board in a manner that is respectful of local communities, takes account of all stakeholders involved. But, also looks at utilising materials to the best of their ability and making the most out of finite resources to the benefit of as many as possible in the community. “

“The types of skills that STEM careers gives you, couple that with what fifty per cent of the population can give you i.e. Women and bringing those things together, to solve the problems of now and into the future that is the real key to actually getting somewhere.”

Finishing up, Una remarks STEM careers are the careers of the future. “STEM is where the jobs will be and to try and augment the diversity of that workforce is just vital,” she adds..