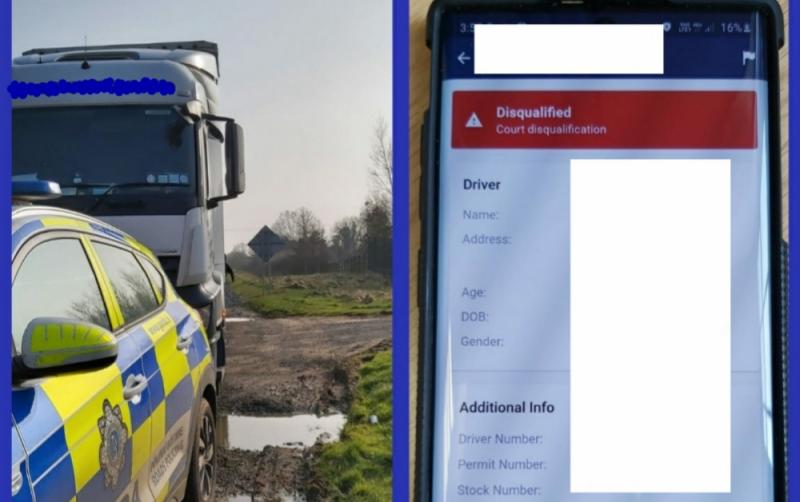 Gardaí arrested a lorry driver currently serving a four year disqualification on the M8 in Laois on Tuesday.

While on patrol on the M8, Laois Roads Policing Unit observed the driver of an articulated lorry texting while driving.

Gardaí followed the vehicle and observed the lorry weaving in and out of the hard shoulder.

Gardai were forced to overtake the HGV to catch the driver's attention after they failed to notice the patrol car with lights and sirens activated.

Following a Roadside Garda Mobility check, the driver was discovered to be serving a four year court disqualification.

The driver was arrested and charged, while the vehicle was also seized. 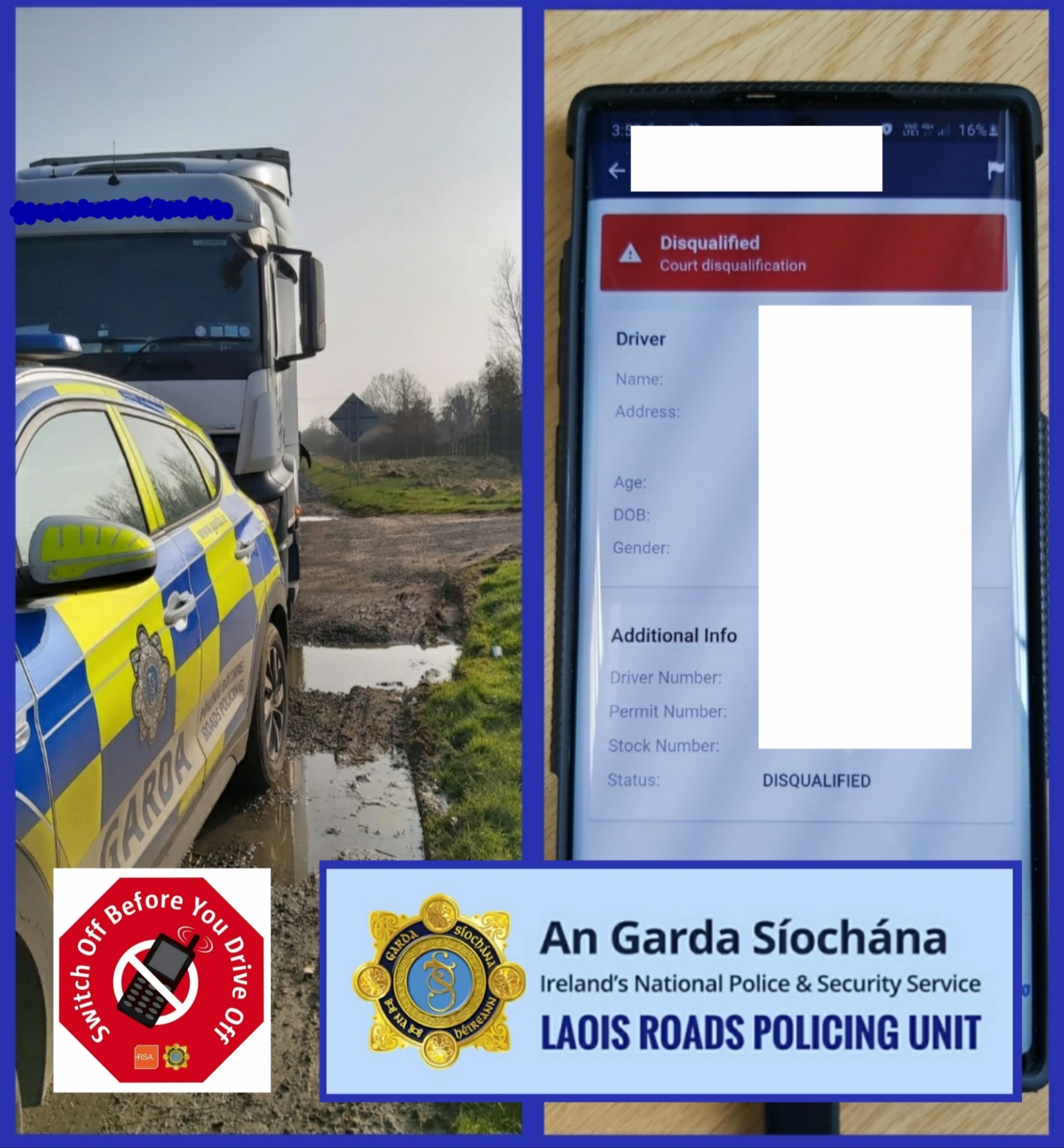