€84,000 on offer in grants to Offaly community groups 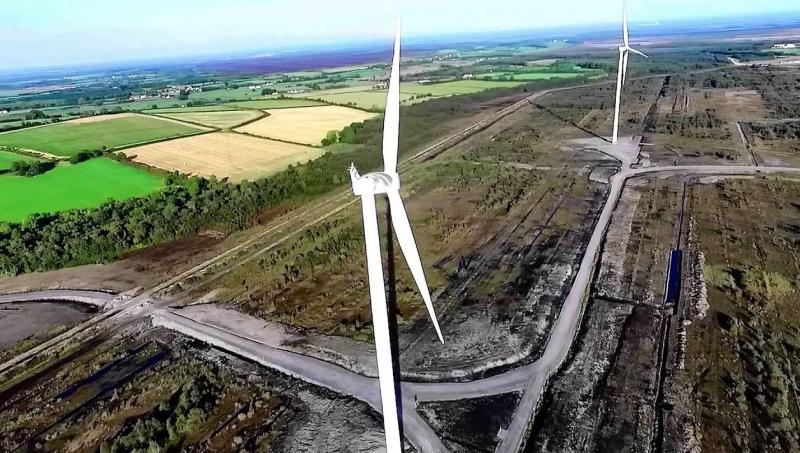 Bord na Móna has announced the launch of the eighth round of funding for its Mountlucas Community Gain Scheme, which will directly support community groups, local sports clubs, and not-for-profit organisations located in the vicinity of Mountlucas Wind Farm near Daingean, Co. Offaly.

A total of €84,000 will be made available in the scheme, which aims to provide financial assistance to those groups that provide the lifeblood to the Mountlucas community. Applications are now being sought from schools, sports clubs, associations, and other such groups in the locality for support for their various community-based initiatives and improvement projects.

Speaking about the launch,  Enda Conaty, Wind Farm Operations Manager at Bord na Móna, commented: “A core responsibility of Bord na Móna since its inception in 1946 has been the support of our communities. When our friends and neighbours thrive, so too do we. Since the Community Gain Scheme was first launched in 2014, over €600,000 has been allocated to over 100 projects in the area around Mountlucas. We’re excited that we can continue to support our communities again this year, so I would like to encourage any local groups to make an application to the scheme via our website mountlucaswindfarm.ie.”

In order to be eligible for funding, projects must fall within one of the following five areas: Amenities; Community Facilities; Culture/Heritage; Education; and Recreation/Health. Among the groups supported to date include local schools, GAA clubs, Development Associations, Text Alert Schemes, First Responder Scheme, community facilities, and local athletic clubs. The fund is now open to receive applications until 5.00pm, Friday 26th  March 2021.

A previous recipient of the Mountlucas Community Gain Scheme has been  Daingean Community Childcare Services CLG; its manager,  Martina Henry, commented, “The Mountlucas Wind Farm Community Scheme has enabled us to complete various projects over the years, including the recent extension to our facilities here in Daingean. We are incredibly grateful to both Bord na Móna and the Mountlucas Wind Farm Awards Committee for their continued support - which will go a long way not only today but well into the future”.

Bord na Móna administers each scheme and an awards committee is drawn from the local communities. This local committee decides which projects are granted financial support.

For further information on the community gain scheme fund and to apply for funding, please visit  www.mountlucaswindfarm.ie/community-gains-scheme/  or contact the Scheme Administrator on 046-9733800.